Jammu, September 05 (Kashmir Voice): In occupied Kashmir, former member of so-called Kashmir Assembly, and Chief Patron of Jammu and Kashmir Peace and Solidarity Forum, Sheikh Abdul Rehman lambasted the puppet for its failure on all fronts. According to media sources, talking to reporters in Jammu Sheikh Abdul Rehman said there is a visible contradiction in the policies and programmes among the coalition partners which has paralyzed the administration with the result the problems of the people have been compounded. He said the machinations of the Bharatiya Janata Party to repeal this constitutional proviso through a judicial process will not be allowed to succeed. Referring to a weak defense being put up by the PDP-BJP regime in its counter-affidavit in the apex court, Sheikh said that both the coalition partners were using Article 35A as per their specific agendas. “While the BJP is playing to galleries across the country by whipping up passions on this issue, the PDP is trying to involve the defenders of Article 35A by pretending to be serious in safeguarding this constitutional guarantee,” he said.  Sheikh cautioned against the conspiracies being hatched by the BJP to dispense with Article 370 and Article 35A as per their well-stitched strategy. He said people of Chenab valley of Jammu region will protect the special rights to Jammu and Kashmur at any cost. KASHMIR VOICE 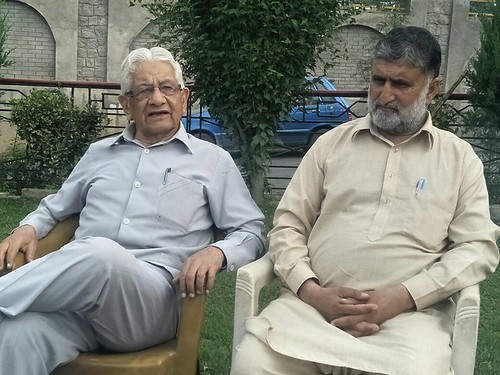