Srinagar, September 11 (Kashmir Voice): In occupied Kashmir, Indian troops in their unabated act of state terrorism have killed two more youth in the territory.
According to media sources, the youth were martyred during a cordon and search operation, launched by Indian army in Khudwani area of Kulgam district, today. The martyred youth have been identified as Sayar Ahmad Wani and Dawood Illahi Khan. Indian army claimed that the youth were killed during an encounter with troops in the district. The killings led to a spontaneous shutdown in Kulgam and Islamabad districts. All shops and other commercial establishments are closed in the districts. The authorities have suspended mobile and Internet services in Kulgam and Islamabad districts immediately after the killing of youth by troops in Khudwani. KASHMIR VOICE 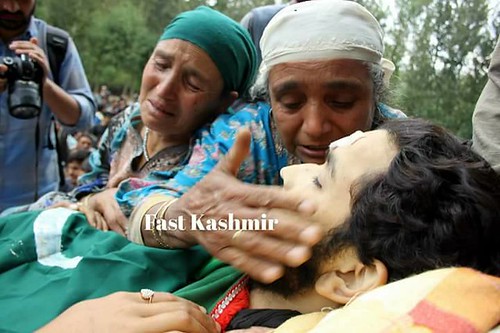