Srinagar, September 11 (Kashmir Voice): In occupied Kashmir, thousands of people participated in the funeral prayers of two youth, martyred by Indian troops in Kulgam district, today.
According to media sources, five rounds of funeral prayers were held for Dawood Illahi Khan in Hawoora village while four rounds were held for Sayar Ahmad Wani in Wanpora areas of the district. Pro-freedom, pro-Islam and anti-India slogans were raised during the last rites of both the youth who were killed in an early morning operation by Indian forces in Khudwani area of Kulgam. KASHMIR VOICE 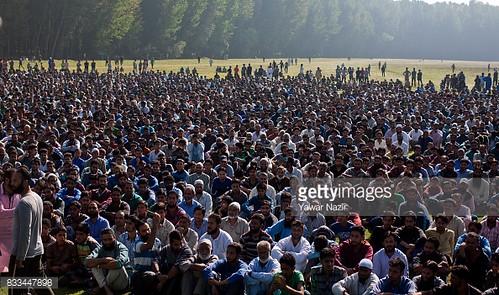