Srinagar, September 14 (Kashmir Voice): The Amnesty International has said that the Indian government and local authorities in occupied Kashmir have failed to give any concrete assurance about complete ban on the use of pellet guns in the territory.
According to media sources, Aakar Patel, Executive Director of the Amnesty International, addressing a press conference in Srinagar said the crowd control measures adopted by the police and paramilitary forces in Kashmir violate international standards. He said the government claims that pellet gun is not lethal, but the injuries and deaths caused by this “cruel weapon bear testimony to how dangerous, inaccurate and indiscriminate it is.” “There is no proper way to use pellet-firing. It is irresponsible of authorities to continue to the use of pellet guns despite being aware of the damage they do,” Patel said.
He said the Amnesty International calls on Indian government as well as local authorities in Kashmir to immediately stop the use of pellet-firing and ensure that the use of all other weapons is in line with the international human rights standards. “Authorities should also provide full compensation in line with international standards to those injured by pellet-firing and the families of those killed,” Patel said.
Shailesh Rai, senior policy advisor at the Amnesty International said that in Kashmir, police and paramilitary forces were violating the international standards on crowd control. “The argument put forth by the forces that if bullets would be used on the protestors, then the casualties would rise, is misleading. Bullets are used when there is an imminent threat to life not for dispersing the crowd,” Rai said.
He said the UN code of conduct for law enforcement officials states that “law enforcement officials may use force only when strictly necessary and to the extent requite for the performance of their duty.”
“The UN basic principles on the use of force and firearms state that force should only be used when unavoidable and law enforcement officials should exercise restraint in using force and minimize damage and injury,” he added. Recommending “less harmful ways” to tackle stone-throwing protestors in Kashmir, the Amnesty said that the statement of Central Reserve Police Force (CRPF) that protests in Kashmir “were threat to their personnel” was “misleading”. “It is not just,” Rai said of the statement made by the CRPF’s top officer in Kashmir. Rai said it was worrying that the government had denied information on pellet guns. “We have filed RTIs but there has been no (more) information about the 12-bore pump-action gun,” he said. Advocating a complete ban on use of pellet guns, the Amnesty International team led by Aakar Patel sought compensation and rehabilitation for its victims. “It is a cruel weapon,” said Rai. “The victims have been suffering from mental, psychological issues which need proper medical aid.”
Meanwhile, the Amnesty International in its report released in Srinagar, yesterday, has come up with several recommendations, which it believes governments in Delhi and Srinagar should follow:
a) Immediately stop the use of pellet-firing shotguns on public demonstrations, and ensure that the use of other weapons is in line with international human rights standards on the use of force.
b) Provide full reparation in line with international standards to those who have been injured by pellet-firing shotguns, and to the families of those killed. This must include adequate compensation and rehabilitation, including any medical and psychological care that may be needed.
c) Initiate prompt, independent and impartial civilian criminal investigations into all incidents where the use of pellet-firing shotguns led to deaths or serious injuries to establish whether arbitrary or excessive force was used, and where sufficient evidence is found, prosecute those suspected of responsibility in civilian courts.
d) Provide relevant training on crowd control measures and the use of force and firearms to security force personnel of the central and state governments, as laid out in the UN Basic Principles on the Use of Force and Firearms by Law Enforcement Officials and UN Code of Conduct for Law Enforcement Officials. The report states that the Amnesty International India wrote to police and Central Reserve Police Force seeking information on whether any of their personnel had been injured by pellets in Kashmir. “No responses were received,” the report reads. KASHMIR VOICE 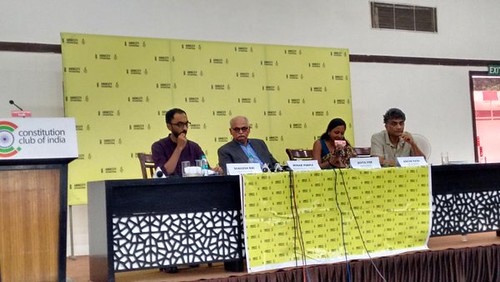