New Delhi, September 14 (Kashmir Voice): Indian Minister of State, Jitendra Singh has acknowledged that the-then Indian Prime Minister, Pandit Jawaharlal Nehru took the Kashmir issue to the United Nations, which he says was his blunder.
According to media sources, Jitendra Singh was speaking at the launch of two books on Kashmir written by senior RSS functionary, Indresh Kumar, in New Delhi. He said, “The history of Kashmir in last 60-70 years has been a tale of mistakes beginning from the infamous Nehruvian blunders….Our former prime minister went to United Nations…There was no need” Singh said, referring to Nehru’s promise to the UN that a referendum would be conducted to allow Kashmiris to decide their future through free will. Addressing on the occasion, BJP Member of Parliament, Subramanian Swamy said it was time that Article 370 bestowing special status to Jammu and Kashmir was abrogated. KASHMIR VOICE 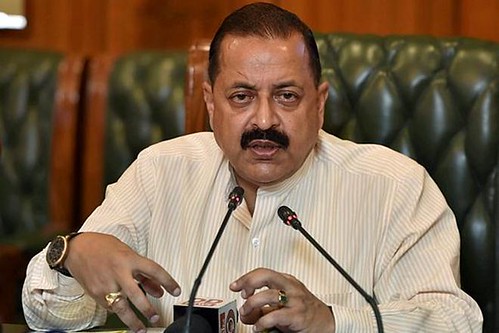