Srinagar, September 17 (Kashmir Voice): In occupied Kashmir, the Hurriyat forum has condemned the continued house arrest of its Chairman, Mirwaiz Umar Farooq, saying that the authorities are following policy of revenge against the Mirwaiz.
According to media sources, the Hurriyat forum spokesman in a statement issued in Srinagar termed the house detention of Mirwaiz Umar Farooq as highly undemocratic. He added that caging Mirwaiz had resulted in problems for general public who were not allowed to meet him as Mirwaiz was not only a political but also a religious leader and had many commitments on social front as well. The spokesman said it is an irony that Mirwaiz is being detained every now and then without any reason. He said it is the deliberate policy of the government to keep Mirwaiz away from his people. KASHMIR VOICE 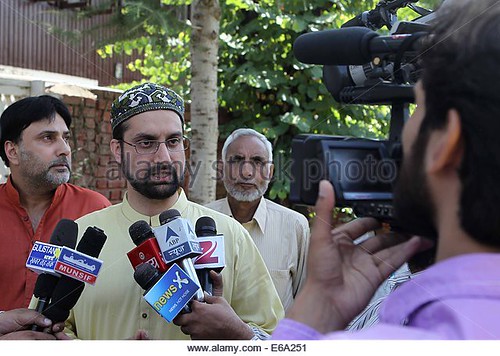