Srinagar, September 16 (Kashmir Voice): In occupied Kashmir, the joint resistance leadership (JRL) has said that Kashmir is not a territorial dispute but a human and political issue and called for its settlement through dialogue among Pakistan, India and the genuine Kashmiri leadership.
According to media sources, the JRL comprising Syed Ali Gilani, Mirwaiz Umar Farooq and Muhammad Yasin Malik held a meeting at the Hyderpora residence of Syed Ali Gilani. A statement issued by the leadership said that this was the first time that the resistance leaders were allowed to meet together this year by the authorities. The leaders said that Hurriyat leadership was not averse to a sincere, meaningful and result-oriented dialogue for resolution of the lingering dispute. However, they deplored that instead of creating conducive environment for such a process, India sees the issue as a law and order and administrative problem and as such is focused on upgrading the police apparatus and enhancing military power by providing war-headed helicopters for use against the Kashmiri people who raise slogans for their right to self-determination. “This military approach results in continued killings, maiming, blinding and injuring of people. Political activists have been jailed and peaceful political activities are prohibited. Every nook and corner of the territory has been turned into a garrison and a battlefield,” they said. In this grim situation of oppression, they said, the rhetoric to hold a dialogue for the permanent resolution of the Kashmir dispute is an excuse to flee from the dialogue table and put the onus on the resistance leadership. “The leadership as custodian of innumerable sacrifices in terms of half a million lives lost and enforced disappearances, chastity of women violated, thousands of people especially youth incarcerated and languishing in jails and tortured, while property worth millions destroyed does not want it to come to naught but seeks a result-oriented and meaningful dialogue that leads to fulfilling the will and aspirations of the people of Kashmir. As all human beings world over we also desire peace and prosperity,” the statement said. The JRL represents the sacred sentiments of people demanding right to self-determination and urges the need between two nuclear neighbours to defuse the high danger of widespread destruction of human life and property in the wake of any clash between them and appeals them to engage with each other for resolution of their issues, it added. KASHMIR VOICE 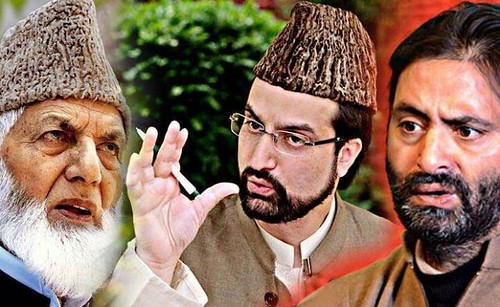