Jammu, September 19 (Kashmir Voice): In occupied Kashmir, the Jammu and Kashmir People’s Movement (JKPM) has hailed the Amnesty International’s demand for ban on the use of pellet guns by Indian troops in the territory.
According to media sources, APHC leader and JKPM Chairman, Mir Shahid Saleem while interacting with the party workers at Rajouri said that the indiscriminate use of pellet guns by the Indian forces in the occupied territory was in gross violation of the human rights and was against the all international laws and conventions. The Amnesty International in its report “Losing Sight in Kashmir: The Impact of Pellet-Firing Shotguns” released last week presented the cases of 88 people whose eyesight was damaged by pellets between 2014 and 2017. The report was designed with photographs of blinded pellet victims. The widespread use of this lethal weapon by Indian troops and police on protesters during the mass uprising triggered in the Valley by extrajudicial killing of popular youth leader, Burhan Wani, last year, resulted in the killing several people and blinding of thousands. The JKPM Chairman said that despite resentment across the globe against the use of pellet guns, India continued to use the lethal weapon responsible for the blinding and maiming of hundreds of people mostly youth and teenagers. He urged the international community and human rights bodies to take serious note of the use of pellet guns in occupied Kashmir, especially in the light of recently released report of the Amnesty International. Mir Shahid Saleem also called upon other human rights bodies to do especial reporting on the state of human rights in occupied Kashmir. KASHMIR VOICE 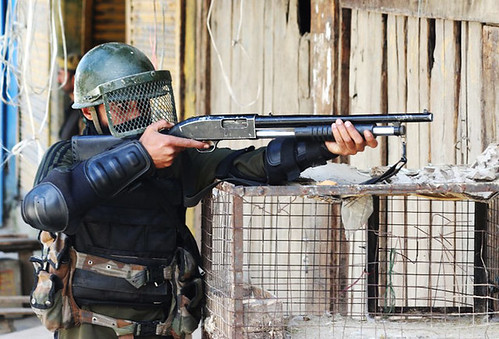 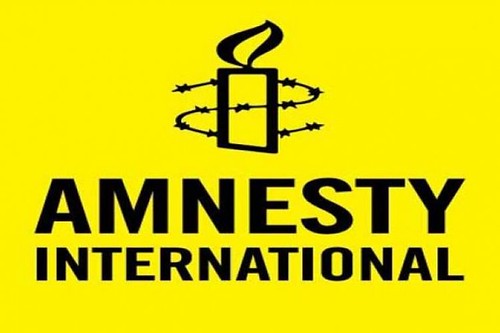 ← India Signals CRPF to Continue Use of Pellets, Bullets in IOK
ATROCIOUS INDIA →