Srinagar, September 20 (Kashmir Voice): In occupied Kashmir, senior APHC leader and the President of Anjuman Shari Shian, Agha Syed Hassan Al-Moosvi Al-Safvi has urged the puppet authorities to lift the ban imposed on the Muharram processions in the territory.
According to media sources, Agha Syed Hassan Al-Moosvi Al-Safvi presiding over a meeting of party’s district and zonal secretaries held in Badgam said that the ban on the Muharram processions was tantamount to interference in the religious affairs of the people. He said, the authorities hurt the sentiments of the people after they impose curbs to stop people from taking out the processions, thus depriving the Muslims from expressing their love and affection for the martyrs of Karbala.
It is to mention here that traditionally main procession of 8th Muharram used to start in Srinagar from Shaheed Gunj and culminate at Dalgate after passing through different areas while the procession of 10th Muharram would start from Aabi Guzar and end at Zadibal. However, the occupation authorities banned these processions in 1990 and now only small mourning rallies are allowed in selected areas.
APHC leaders, Muhammad Yousuf Naqash and Hakeem Abdur Rasheed, in a joint statement issued in Srinagar said that the oppressive India’s tactics could not serve any purpose in resolving the Kashmir dispute. “The solution of Kashmir issue lies in sincere unconditional political engagement and sustained political dialogue among all the stakeholders to work out a peaceful, dignified and lasting solution of Kashmir in the interest of peace and development of South Asia. In principle we believe dialogue only civilized and democratic way of solving the issue and are promoting this institution of dialogue on our part,” they added. They also castigated the vicious media trial and propaganda campaign started by Indian media for character assassination of Hurriyat leaders and defaming the Kashmiris’ ongoing freedom movement. Hurriyat leaders, Shabbir Ahmed Dar, Muhammad Iqbal Mir, Muhammad Ahsan Untoo, Imtiyaz Ahmed Reshi and Ghulam Nabi War in ajoint statement in Srinagar said that settlement of the Kashmir dispute under the UN resolutions was imperative for ensuring durable peace in South Asia. KASHMIR VOICE 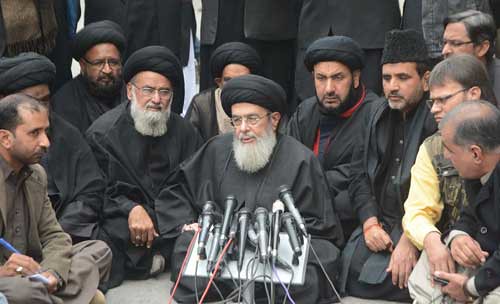