Srinagar, September 20 (Kashmir Voice): In occupied Kashmir, Indian troops have launched a cordon and search operation in Budgam district. According to media sources, the troops launched the operation in several localities of Shunglipora in Khag area of the district, causing huge inconvenience to the local people. Searches are being conducted by the troops in Daranpora, Ahangar Mohallah, Chan Mohallah and Khokar Mohalla in Shunglipora. Meanwhile, the Jammu and Kashmir Peoples League organized a demonstration in Muzaffarabad against the illegal detention of Hurriyat leaders and activists in occupied Kashmir. KASHMIR VOICE 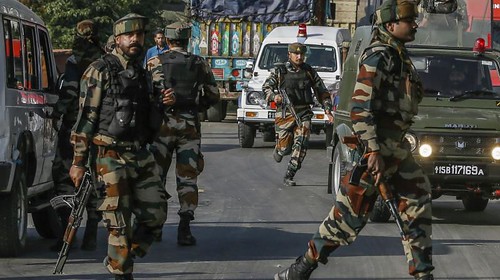