Srinagar, September 21 (Kashmir Voice): In occupied Kashmir, a youth detained under draconian law, Public Safety Act (PSA), has been advised urgent medical consultation by doctors after his family complained that he is suffering due to damage to his kidney caused by torture during illegal detention. According to media sources, Ishfaq Ahmed Rathar (21), son of Muhammad Ahsan Rathar from Par Mohalla in Hajin, was slapped with the PSA on September 11 by district administration Bandipora. Ahsan Rathar (50) runs a small hotel where his two sons sell tea and rice near Jamia Masjid Hajin. “Ishfaq was at the hotel when on the evening of July 7, a day before Burhan Wani’s martyrdom anniversary, he was arrested by police,” Ahsan Rathar told Srinagar-based English daily, Kashmir Reader. After arrest, he said, Ishfaq spent 2 months and 22 days in Hajin police station and sub-jail Baramulla. I got bail four times to get my son released but he has not been set free, he rued. The family shifted Ishfaq to Soura Institute of Medical Sciences in Srinagar for treatment where, Ahsan said, he spent around Rs 38,000 on medicines and tests. Ahsan Rather said that Ishfaq was arrested by police in 2013 and during detention he suffered damages to his kidney. “He was ruthlessly beaten up and was detained for 15 to 16 days,” he recalled. “Doctors admitted Ishfaq for operation but we had no money and Eid was near, so we returned home,” he said. Since then, he added, Ishfaq was habitual of taking pain killers. Ishfaq is third among his siblings who include three brothers and two sisters. Three FIRs were registered against Ishfaq in 2014, two this year and one in 2013 for participating in anti-India demonstrations. KASHMIR VOICE 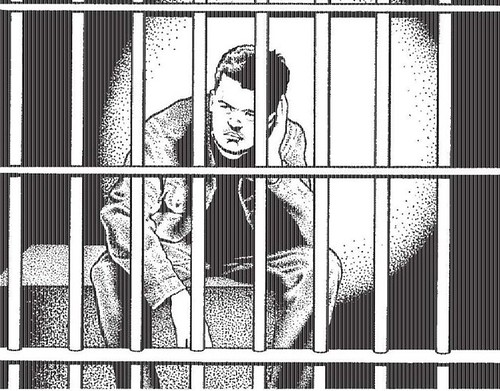