Srinagar, September 21 (Kashmir Voice): In occupied Kashmir, Jamaat-e-Islami (JI) while urging the international community to raise the issue of human rights violations by Indian forces in the territory at the ongoing 72nd session of the UN General Assembly has appealed to it to play a constructive role in the resolution of the long-pending Kashmir dispute. According to media sources, the JI spokesman in a statement in Srinagar said, “We request international community to take serious note of the volatile situation faced by Kashmiris at the hands of Indian forces.” Kashmir is a disputed territory and its settlement is pending according to the UN resolutions, he said. The spokesman said that although the United Nation had intervened in the disputes of Kosovo, East Timor etc., Kashmir was still waiting for implementation of the resolutions passed by the world body several decades ago. KASHMIR VOICE 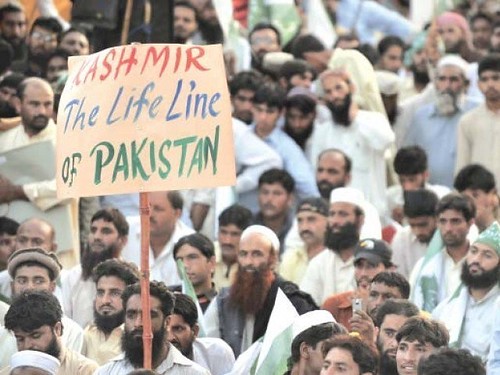