Srinagar, September 22 (Kashmir Voice): In occupied Kashmir, Dukhtaran-e-Millat has said that the puppet authorities once again did not produce the illegally detained party Chairperson, Aasiya Andrabi, before a court in Srinagar.
According to media sources, the DeM General Secretary, Nahida Nasreen in a statement issued in Srinagar said that Indian government and the puppet Chief Minister of the territory, Mehbooba Mufti, had planned to kill Aasiya Andrabi in prison. She said that apart from ignoring the Indian Supreme Court guidelines of keeping detainees close to their homes, Aasiya Andrabi, was lodged in Amphala jail in Jammu where she was not being provided medical facilities. Hitting out at the puppet administration for not presenting the DeM Chairperson in court for trial on the hearing dates, the Nahida Nasreen termed it a plot to prolong her illegal detention. “Aasiya Andrabi has not been provided medical facilities since the day she was detained. Presently, the condition of her health has worsened and her blood pressure has gone up,” she added. She appealed to the world human rights organizations and the Organization of Islamic Cooperation to take cognizance of the plight of Kashmiri political detainees languishing in different jails. KASHMIR VOICE 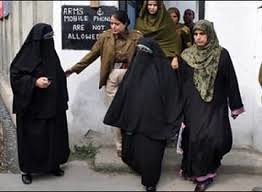