Srinagar, September 24 (Kashmir Voice): In occupied Kashmir, Hurriyat forum led by Mirwaiz Umar Farooq has expressed concern over the escalation of tension between India and Pakistan and called upon the leadership of the nuclear countries to take concrete steps for settlement of all issues including the Kashmir dispute.
According to media sources, the Hurriyat forum spokesperson in a statement issued in Srinagar termed the situation at the borders as serious and stated the basic reason for tension between the two countries is lingering Kashmir dispute. “Unresolved Kashmir is taking a serious toll on innocent people on both sides on one hand, and the two nuclear powers are on the verge of war, on the other,” the spokesperson said. He said without resolution of Kashmir dispute, peace in the region will remain a challenge. “It is high time that India and Pakistan take serious steps to resolve the long-pending Kashmir dispute before it takes an ugly turn. The spokesperson said the Kashmiri people are rendering huge sacrifices for their right to self-determination for past several decades. “[The people] have created history by sacrificing lives and property worth billions,” he added. KASHMIR VOICE 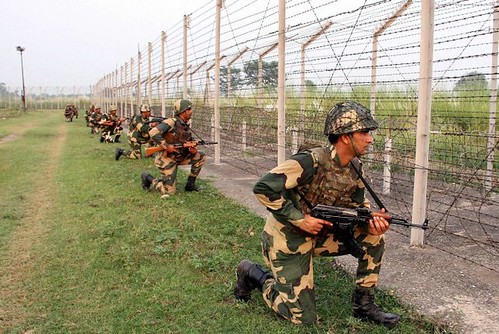