Srinagar, September 22 (Kashmir Voice): In occupied Kashmir, the businessmen have said that the anti-trade policies of the Indian authorities have left the entire business community disinterested in continuing trade via cross-border routes.
According to media sources, community leaders, many of them insecure due to the Indian National Investigation Agency (NIA) raids on top businessmen, told media that cross-LoC trade is on a perpetual decline with more traders discontinuing their normal business through these routes. The Chairman of Cross LoC Traders Union, Asif Lone, said the continuous ignorance and clampdown by the Indian government and its agencies have reduced the number of registered businessmen to just 15 from 638. “The diminishing numbers itself speak how much has trade flourished at LoC. We are now in the firm belief that we were just made victims of CBMs, and there was no sincerity from government in doing so. We were offered verbal assurances when there was a craze among government corridors to start the trade, and now when government agencies are themselves creating an atmosphere of insecurity, expecting government to do better is just futile unless they sincerely do so,” he added. He said that the puppet Chief Minister, Mehbooba Mufti too gave assurances last month of several facilities like a banking centre, scanners etc. to be provided for hassle-free trade between the two parts of Jammu and Kashmir. “But they were all verbal assurances, and nothing happened on ground. The sincerity of the government to flourish trade relations between the two countries can be gauged from the fact that earlier, there used to be more than 30 trucks running on the route on a daily basis, and now the number is between eight to 10,” he said. The President of Kashmir Chamber of Commerce and Industries (KCCI) Javed Ahmad Tenga, said that due to lack of facilities, the business community was facing a number of problems in doing hassle-free trade, and that is probably the main cause of the diminishing cross-LoC trade. KASHMIR VOICE 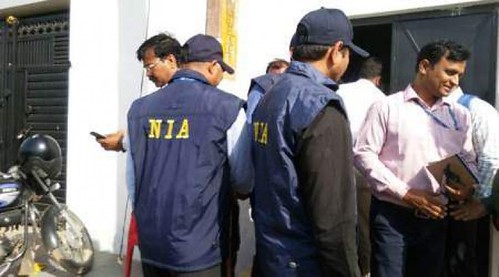