Srinagar, September 24 (Kashmir Voice): In occupied Kashmir, four personnel of Central Reserve Police Force including an officer were injured in a grenade blast in Sopore area of Baramulla district, today.
According to media sources, some unknown attackers hurled a grenade in a CRPF vehicle near the branch of State Bank of India in Sopore. A Special Police Officer and three CRPF personnel were injured in the attack. The injured were shifted to Sub-District Hospital Sopore for treatment. KASHMIR VOICE 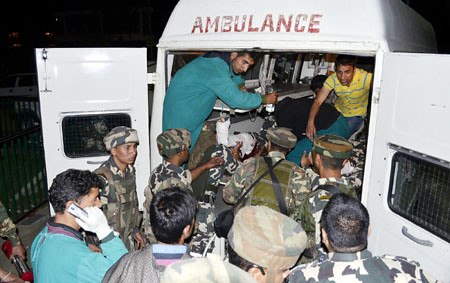