Srinagar, September 22 (Kashmir Voice): In occupied Kashmir, the Chairman of Hurriyat forum, Mirwaiz Umar Farooq has said that the pro-freedom leadership will extend full support to any dialogue meant to resolve Kashmir dispute according to the aspirations of the Kashmiri people. According to media sources, Mirwaiz Umar Farooq addressing a huge gathering at Jamia Masjid in Srinagar said, all stakeholders need to sit together if the Indian government wants to settle Kashmir dispute through dialogue. “If the Indian rulers want to resolve Kashmir dispute with dialogue then it is imperative that all stakeholders sit together. And the Indian government needs to adopt a political approach instead of military policy,” said the Mirwaiz. He said Kashmiris want better relations between India and Pakistan so that all issues, including the Kashmir dispute, are resolved. The Mirwaiz also condemned the human rights violations by Indian troops in the occupied territory. “On one hand, India talks of engagement and on the other rights violations are going on unabated, especially in south Kashmir,” he deplored. KASHMIR VOICE 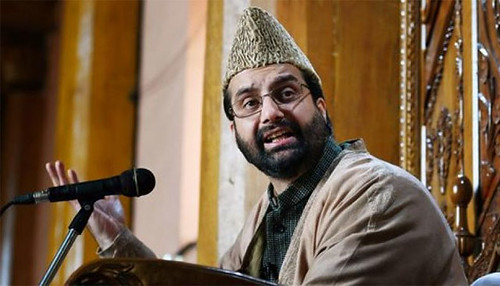