Srinagar, September 25 (Kashmir Voice): In occupied Kashmir, the Hurriyat forum led by Mirwaiz Umar Farooq has condemned the summoning of Kashmir Traders and Manufacturers Federation (KTMF) President, Muhammad Yasin Khan, Kashmir University scholar Aala Fazili, and indictment of senior APHC leader Shabbir Ahmad Shah by New Delhi-based National Investigation Agency (NIA).
According to media sources, a spokesman of the forum in a statement issued in Srinagar said, “These moves are clearly aimed at putting pressure on organizations and individuals who are sympathetic to the freedom struggle.” He said India is using NIA and ED as tools to harass and intimidate people. He said the line of action adopted by NIA and ED is purely aimed at changing the focus from the real issue of Kashmir and is an attempt to defame every segment of Kashmiri society. “These efforts were also made in the past but failed to change the nature of Kashmiris’ genuine and sacred struggle,” he said. “The fresh assault is also destined to fail.” The spokesman said Kashmir issue is a reality accepted by the world community and that 18 resolutions are pending implementation in the UN Security Council. “Kashmiri people continue to remain steadfast and committed towards the ongoing movement and won’t rest till the struggle is taken to its logical conclusion,” he said. KASHMIR VOICE 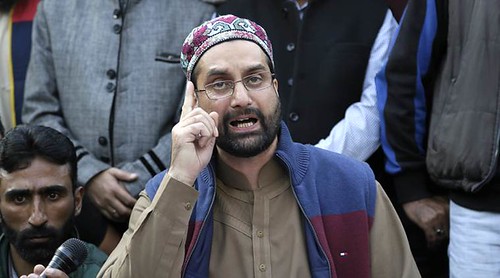