Srinagar, September 27 (Kashmir Voice): In occupied Kashmir, the Dukhtaran-e-Millat (DeM) while condemning the rising incidents of braid chopping in South Kashmir particularly Kulgam and Islamabad districts, has said that Indian agencies and army are behind these incidents.
According to media sources, DeM Secretary General, Nahida Nasreen, in a statement in Srinagar said, “7 such incidents, 5 in Kulgam and 2 in Islamabad in just one day have proved beyond point that this is the handiwork of these forces.” “The incidents take us to the conclusion that this is not the work of some insane persons, but it is being done by an organised group,” She said and added that many points hinting to the involvement of army and other agencies have come to the fore. “It is for sure that these incidents are not taking place without the involvement of Indian agencies,” she said. “How could these braid choppers enter houses and how can they roam at will and commit these shameful acts,” she questioned. Nahida said the individuals caught in Malwan were all non-locals and same has been the case with all other incidents across the occupied territory. “When people yesterday caught hold of braid choppers, army reached the spot within minutes and rescued them by firing indiscriminately,” she revealed. Nahida Nasreen said before this incident, two similar incidents took place where villagers caught the braid choppers and army came immediately and rescued them. “During one such incident, the girl whose braid was chopped saw that the person was putting in army shoes. These indications prove beyond point that Indian army and agencies are behind such incidents.” Nasreen said in Doda and Bhalessa, many of the braid choppers were caught, some of them were arrested but were released soon. “None of them was booked nor a case was filed against any one of them,” she added. The DeM secretary general said Indian agencies are using different tricks to sabotage the freedom movement. “Be it NIA drama or any other mischief, every drama will fail against the will of the people of Kashmir,” she said. KASHMIR VOICE 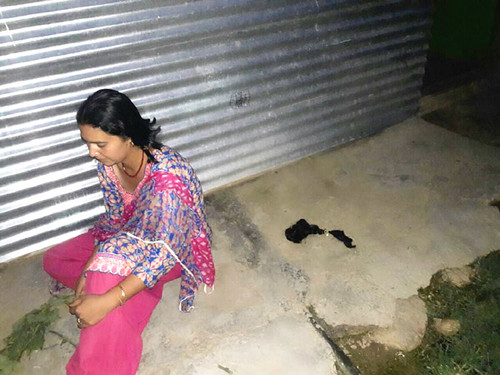