Srinagar, September 27 (Kashmir Voice): In occupied Kashmir, people in Kulgam district held a protest demonstration against the Indian army’s role the in chopping of braid in the Kulgam and Islamabad districts.
According to media sources, the residents of Hinjipora, today, said that they caught a braid chopper who was attempting to chop the braid of women in the area. They that as soon as the braid chopper was caught hold off, and people started assembling, the contingents of army came in rushing and incessantly fired in the air and took the braid chopper along. The locals held a protest demonstration against the Indian army’s involvement in the disgraceful act and inaction of police. “It is evident that army is behind the braid chopping in the area and despite that the police are helpless in catching the culprits,” the protesters said. They said that the army took the braid chopper along to their nearby camp. KASHMIR VOICE 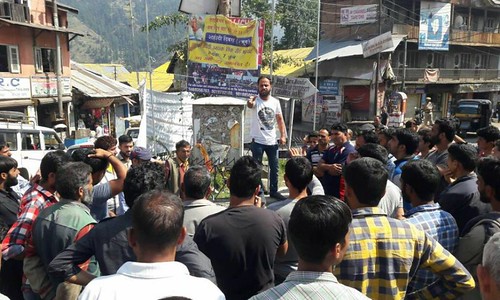