Srinagar September 28, (Kashmir Voice): In occupied Kashmir, the India’s National Investigation Agency has summoned Independent member of so-called Kashmir Assembly, Engineer Abdur Rasheed for questioning in a fake funding case.
According to media sources, Engineer Rasheed, has been summoned by the NIA for questioning on October 3. Engineer Rasheed is known for his pro-freedom approach. He doesn’t hesitate in raising the Kashmir dispute off and on at the floor of the house. His name, first, cropped up during the interrogation of businessman, Zahoor Watali. KASHMIR VOICE 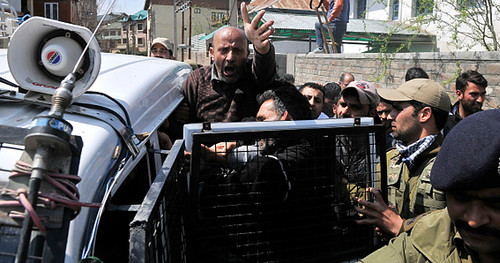