Srinagar, September 29 (Kashmir Voice): In occupied Kashmir, Indian Army personnel resorted to brute force on peaceful protesters in Shopian town, today.
According to media sources, the army soldiers resorted to aerial firing in the town after a few stones were thrown towards their vehicles during a demonstration. Army vehicles were travelling on the Court Road in Shopian when a few stones fell near and some hit them, witnesses told media. They said that the soldiers resorted to aerial firing, beat several people and detain one. They also damaged properties of venders on the Court Road and around old Bus Stand, the witnesses added. KASHMIR VOICE 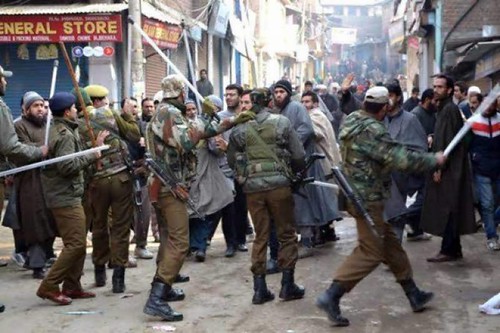