Srinagar, October 04 (Kashmir Voice): In occupied Kashmir, the Chairman of Jammu and Kashmir Liberation Front (JKLF) has said that the Human Rights Commission of the territory has directed the puppet administration to transfer the illegally detained Dukhtaran-e-Millat Chairperson, Aasiya Andrabi, to any jail in Kashmir. According to media sources, the JKLF in a statement issued in Srinagar said that party Chairman, Muhammad Yasin Malik, who is the petitioner in two cases, himself presented before the Commission. On September 18, Malik visited the office of the Commission and met its Chairman, Justice (retd) Bilal Nazki, with two separate petitions, it said. â€œIn one of the petitions, JKLF Chairman had cited the case of ailing Aasiya Andrabi and Fahmida Sofi who are languishing in Amphala Jail, Jammu, from a long time. Yasin Malik asked the Commission to take note of the fact that ailing ladies have been incarcerated and then shifted to Jammu jail, which is actually against all laws and norms,â€ the statement said. The statement said, in the other petition seeking impartial investigation in the cases of 15 incarcerated youth implicated in the murder of Deputy Superintendent Police Ayub Pandit, the additional advocate general of the territory and the Chief Prosecuting Officer (CPO) of the Commission have sought one week to file the report and the case was listed for next hearing on November 11. Meanwhile, the Human Rights Commission has also directed the Chief Secretary of the territory to submit compliance report within two weeksof its earlier order wherein it had directed the authorities to compensate Farooq Dar, who was used as a human shield by Indian army in April, this year. The Commission Chairman, Bilal Nazki, while passing the orders said that the authorities had failed to compensate Farooq Dar within six weeks time, and now the commission was asking them to file a compliance report for not compensating Dar on time. KASHMIR VOICE 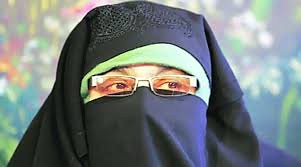