Srinagar, October 04 (Kashmir Voice): In occupied Kashmir, complete shutdown was observed in Seer area of Islamabad district to protest against protecting of a suspected braid-chopper by Indian Army. According to media sources, locals told media that they foiled the attempt of braid-chopping in the area on Monday night. â€œWhile they started chasing the culprit to apprehend him, army arrived and took him along. The locals held nocturnal protests against the army and also pelted stones on the patrolling party following which they resorted to aerial firing,â€ they said. The agitated locals held protests demanding action against the army. The protesters also blocked Khanabal-Pahalgam (KP) road at Seer-Hamdan disrupting vehicular movement. The entire area including Seer Hamdan and Ser Jageer observed shutdown with shops closed and traffic off the roads. Several incidents of braid-cutting have been reported from different villages of Islamabad, Kulgam, Pulwama and Shopian districts during last few days. KASHMIR VOICE 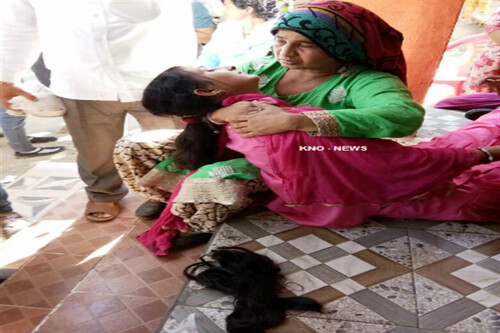