New Delhi, October 04 (Kashmir Voice): Two Kashmiri prisoners were beaten up and injured in a fight between members of two groups lodged in New Delhiâ€™s Tihar Jail. According to media sources, DIG Prisons, S S Parihar, confirmed to media that there was a fight between members of two groups in Jail No. 3 and that two Kashmiri prisoners were beaten up. He said that the two Kashmiri detainees were not part of the fighting groups. The victims were identified as Muhammad Shafi and Javaid Ahmed. The incident has raised concerns over the safety of other Kashmiri prisoners, including Hurriyat leaders. APHC leader The Chairman of All Parties Hurriyat Conference, Syed Ali Gilani’s son-in-law, Altaf Ahmed Shah has also been illegally detained in Jail No. 4 of the prison in a false case registered against him. At least 17 prisoners were injured in March this year when a clash broke out between two groups. Last year, an inmate was killed in a fight between two groups in a moving jail van entering the Tihar Jail from Saket court. In a similar incident in 2015, two inmates were beaten to death by seven others in a fight that broke out inside a prison van heading from Rohini court to Tihar Jail. It is to mention here that Tihar Jail, located in north Delhi, houses nearly 15,000 inmates against the capacity for a little over 8,300. KASHMIR VOICE 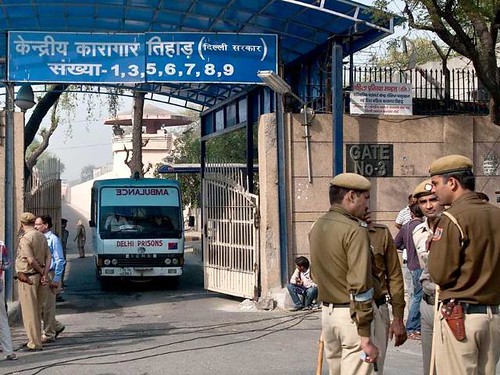