Srinagar, October 09 (Kashmir Voice): In occupied Kashmir, in what could be termed an inhuman and callous approach, Indian police landed in a Kupwara village with a court warrant for a man, whose family was mourning his death.
According to media sources, Muslim societies mourn the deaths in family for three days and the warrant came on day third, the last day of the mourning. It shocked mourners and the family, reports from Kupwara said. It was all about Haji Ghulam Mohiuddin Mir, a Jamaat-e-Islami member who lived in Shakoot village that falls in Taratpora belt of Kupwara. Mir was unwell for last many months. He breathed his last on October 4, 2017 at his home. Mir has been an active member of the Jamaat for the past many decades. In 2002, police had registered a case against him for being a pro-freedom activist, and the case was registered before the court of law. In 2010, Kashmir witnessed massive mass uprising over a series of civilian killings. â€œWe were shocked when we saw policemen from police station Villgam in our home with the arrest warrant against my beloved father who had died a day earlier,â€ Mirâ€™s son told media over phone from his residence. â€œThe warrant was in response for not appearing before the court on the hearing dates.â€ The shock, however, did not prevent police from doing what it is required under law. â€œAfter hearing the details, they went to the village head and sought his written note about the death of Mir,â€ he said. â€œThey took the note with them and went backâ€. KASHMIR VOICE 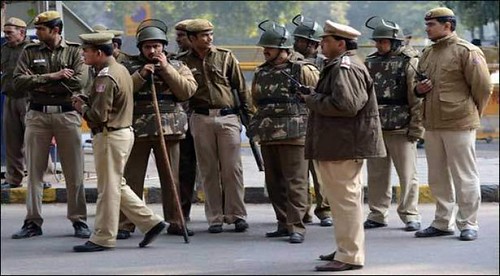