Srinagar, October 09 (Kashmir Voice): In occupied Kashmir, the member of the so-called Kashmir Assembly, Engineer Abdur Rasheed has urged New Delhi to restrain from harassing and humiliating Kashmiris just to avoid a dignified resolution of Kashmir dispute.
According to media sources, Engineer Rasheed interacting with people of different sections in Handwara and adjoining areas said, â€œNew Delhi needs to understand that Kashmir dispute is not creation of any individual or amalgam but the bitter outcome of partition of 1947. He said it is legal and moral responsibility of the Indian authorities to find out the truth behind braid-chopping incidents. He said crushing voice of all those political leaders, individuals or organizations by various means, who speak about realities and aspirations of masses, will take New Delhi nowhere as the burden of history can never ever be written off by using suppression and oppression at various levels. He said, â€œNabbing those involved in braid-chopping is itself a question of credibility for police as police have been on and often wasting very little time in claiming unmasking bigger conspiracies and gangs.â€ Er Rasheed appealed masses to show maturity and restrain while dealing with braid chopping incidents. â€œRumour-mongers and other miscreants within society need to be identified by the society,â€ he said. KASHMIR VOICE 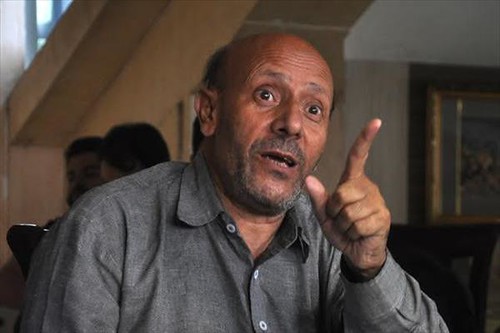