Srinagar, October 22 (Kashmir Voice): In occupied Kashmir, Indian troops during their continued state terrorism killed a youth in Kupwara district, today.
According to media sources, the youth was martyred by the troops during a cordon and search operation in Ananwan area of Handwara. However, Indian army in a statement in Srinagar claimed that the youth was killed during an encounter. The operation was going on till last reports came in. KASHMIR VOICE 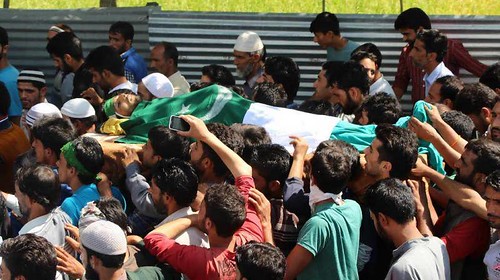