Srinagar, October 22 (Kashmir Voice): In occupied Kashmir, locals handed over six suspected braid choppers to police at Lar in Ganderbal district.
According to media sources, six suspected braid choppers were spotted roaming suspiciously in Repora area and were caught by the locals and handed over to police without any harm. SHO Lar told media that six suspected braid-choppers were caught by people while they were roaming suspiciously. â€œThe good thing is that the people without taking law into their hands called the police immediately and handed them over,â€ he said. SSP Ganderbal Fayaz Ahmed Lone said, â€œI appreciate the locals for showing sense and maturity. They shouldn’t take law into their hands and allow police to investigate and do its job.” KASHMIR VOICE 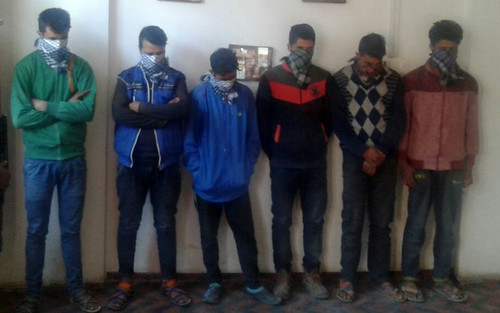