Srinagar, October 24 (Kashmir Voice): In occupied Kashmir, beard of a man was chopped off by unknown persons in Batamaloo area of Srinagar, today.
According to media sources, beard of Farooq Ahmad Butt was cut off when he was opening his shop at Kashi Mohalla in Batamaloo. â€œI was opening my shop when three persons asked for cigarettes. As soon as I came closer to them they swiftly caught hold on me, used some spray and I felt unconscious,â€ Farooq told media. Farooq Ahmed Butt was taken to SMHS Hospital and after he came to his senses he found left side of his beard chopped off. While incidents of chopping of braids of women are taking place in the Valley for the past two months, the Batamaloo beard chopping incident is the second of its nature in the said time. Earlier, beard of an Imam Masjid in Charar-e-Sharief area of Budgam district was chopped off on October 6. Local say that such incidents were masterminded by Indians secret agencies and were aimed at creating fear-psychosis among the masses. KASHMIR VOICE 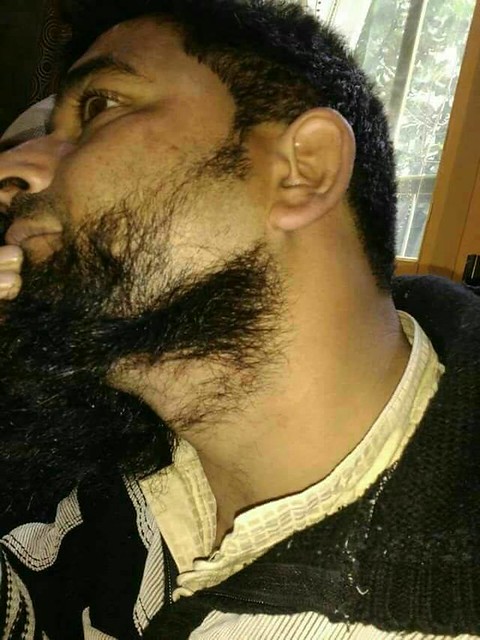