Srinagar, October 24 (Kashmir Voice): In occupied Kashmir, every other day, the High Court quashes three to four detentions under black law, Public Safety Act, yet the detainees are not released and are, instead, detained again under PSA without even any new charges pressed against them.
According to media sources, in the past one month, the High Court has quashed more than 30 PSA detentions because of lacunae in police dossiers. In most of the cases, the court, while quashing the PSA detentions, has remarked that no new activity has been shown by police agencies as grounds to detain a person under PSA. The 4th PSA detention of Ghulam Nabi Gojri, a resident of Qadeem Pora in Sopore, was recently quashed by the High Court, but he has been slapped with yet another PSA – all this within a span of two months. Mohammad Yousuf Sheikh, an 80-year-old political activist from Iqbal Nagar in Sopore, was also slapped with 4th PSA two days after his 3rd PSA was quashed by the High Court on October 18. Interestingly, the different court benches that quashed the earlier three PSA detention orders passed by District Magistrate, Baramulla, against Sheikh held that it was illegal to book him on the same grounds under which he was booked earlier. The courtâ€™s words apparently made no impression on the district magistrateâ€™s ears, for the grounds of detention were repeated in the 4th PSA order. Advocate Nasir Qadri, who represents cases of PSA detainees, said, â€œIt is absolutely illegal that a person is detained without any reason. The police dossiers donâ€™t show any fresh activity and more painful is the way these PSA detention orders are passed.â€ KASHMIR VOICE 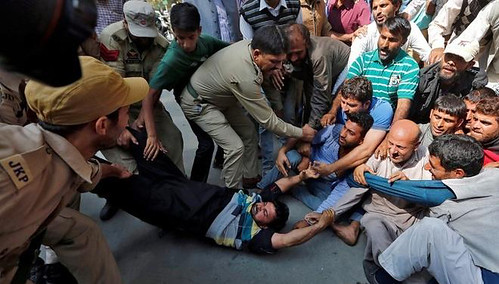