Srinagar, October 30 (Kashmir Voice): In occupied Kashmir, member of the so-called Kashmir Assembly, Engineer Abdur Rasheed has urged BJP and Congress not to use Kashmir dispute for their vote politics. According to media sources, Er Rasheed addressing a public gathering at Sochalyari in Handwara asked both the parties to clear their confusions and take a realistic stand for the durable settlement of the seventy years old dispute. He said, â€œIt is strange that both the main parties are exposing themselves by not speaking the truth and distorting the historic facts. While P Chidambaram must know that autonomy has no takers, BJP should explain, if Sang Parivar is not even in favour of restoring 1953 position, what the purpose of appointing interlocutor is. Unless both the parties do not stop blackmailing each other using the sufferings of Kashmiriâ€™s as a tool to do so, nothing is going to compel Kashmiris to soften their justified stand.â€Â  Er Rashid added that by contradicting their own intentions the central government is proving that it had nothing to offer to Kashmiriâ€™s that could match the historic realities, sentiments and sacrifices of Kashmiris. He appealed BJP leadership to come out of the impression that it can force a resolution of its own choice by harassing and humiliating Kashmiris one way or the other. He said unless BJP and Congress donâ€™t reach a consensus any talks are sure to yield nothing on the ground. KASHMIR VOICE 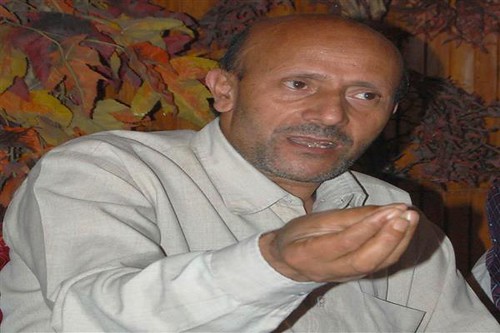