Srinagar, October 30 (Kashmir Voice): In occupied Kashmir, the patron of Jammu and Kashmir Mass Movement (JKMM), Farida Behenji has said that India has occupied Kashmir forcibly and against the will of Kashmiri people.
According to media sources, Farida Behenji in a statement issued in Srinagar said that the Indian forces had broken all the records of human rights violations in the territory. She said that actually India had declared a war against the people of Kashmir. She said that India claimed to be largest democracy but in fact it had denied the fundamental democratic right to the people of Kashmir. Farida Behenji also expressed concern over the fresh arrest spree in the territory and described it the frustration of the authorities. She said the day is not away when the people of Kashmir would get rid of Indian bondages.Meanwhile, the Jammu and Kashmir Muslim League (JKML) in a statement issued in Srinagar denounced the illegal detention of its Chairman, Masarrat Aalam Butt. It said that the high court of the territory had quashed his detention under draconian, Public Safety Act (PSA) but despite it he was not being released.   Illegally detained Hurriyat leader, Ghulam Mohammad Khan Sopori in a statement in Srinagar said that the Hurriyat Conference was not against the talks but wanted meaning and result-oriented dialogue for settlement of the lingering dispute.  He urged the world community and international human rights organizations to use their influence and help release the political detainees. KASHMIR VOICE 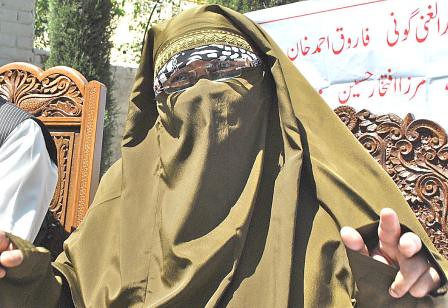