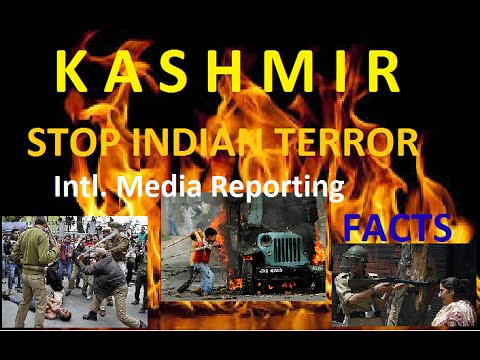 Srinagar, August 03 (Kashmir Voice): In order to close the doors of external world on the Kashmiri people and restrict them to the world’s biggest jail of Indian illegally occupied Jammu and Kashmir as a new victimization tool, New Delhi has decided to profile each and every person.
According to media sources, as per the decision, Indian police would be tasked with the maintenance of the database of such Kashmiri people. The police would verify antecedents of such Kashmiri families.
“Those who are here [IIOJK] will be called to police stations for getting details whereas those who are abroad, their families will be asked to share details as needed,” a senior official told media in Srinagar.
Those who have a close watch on developments in Indian illegally occupied Jammu and Kashmir say although the decision has been taken in the name of COVID-19 pandemic, yet the real motive is to close all doors of external world on them thus rendering them mere hostages at the hands of Modi-led fascist Indian government.
It is worth mentioning here that in view of the grim situation in the occupied territory, Kashmiri people mostly students were going abroad who including Turkey and the Middle East for higher education for jobs, but the latest decision will deprive them of all such opportunities. Reports suggest that the police have already started the exercise in all such cases. KASHMIR VOICE