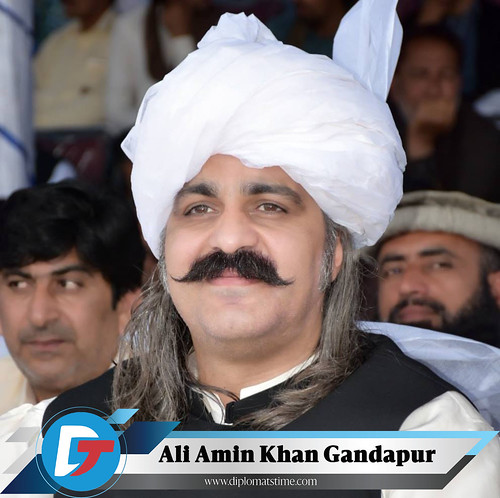 Islamabad, Oct 15 (Kashmir Voice): Minister for Kashmir Affairs and Gilgit Baltistan, Ali Amin Khan has vowed to observe ‘Kashmir Black Day’ in befitting manner on October 27 against forced occupation by Indian security forces of the Jammu and Kashmir.
He shared these remarks while chairing a meeting, here to review the arrangements to commemorate the day around the world and in Pakistan as well as both sides of Line of Control (LoC).
The representatives of provincial governments including Azad Kashmir, and Gilgit-Baltistan informed the minister about the preparations regarding the Black Day.
Commenting on the illegal action of Indian government in Kashmir on August 5, last year, he said India once again violated the UN resolutions and international law and the world must take notice of it.
India was conspiring to change demography in occupied Kashmir but could not achieve its nefarious designs by increasing the number of its occupation troops in the held territory.
The minister said India would have to surrender before Kashmiris’ passion of freedom as they had rejected the annexation outright.
“If Kashmiris were happy with that move, India would not have imposed a curfew in the valley today to prevent them from expressing their anger,” he said.
Reiterating that the Kashmir issue has already been internationalized by Prime Minister Imran Khan and efforts of the government, he said that several countries were now talking about the issue.
“The countries which did not want to speak on the Kashmir issue have started raising their voices in favour of the Kashmiri people,” Gandapur said, Parliamentary Secretary on Kashmir and Gilgit-Baltistan Affairs Sobia Kamal Khan and Convener of AJK chapter of Mirwaiz led All Parties Hurriyat Conference (APHC) , Syed Faiz Naqshbandi attended the meeting. KASHMIR VOICE