Srinagar, October 26 (Kashmir Voice): In occupied Kashmir, Hurriyat leaders and organizations have said that 27th October 1947 is the darkest day in the history of Kashmir when India in total violation of all international norms and democratic values landed its troops in Jammu and Kashmir and occupied the territory against the will of the Kashmiri people.
According to media sources, a spokesman of Jammu and Kashmir Democratic Freedom Party in a statement issued in Srinagar said that the people of Jammu and Kashmir never accepted India’s forcible occupation of their homeland. He said that Kashmir had never been part of India and that Kashmiris would continue their freedom struggle against this illegal and forcible Indian rule till settlement of the Kashmir dispute in accordance with their aspirations. The spokesman said that the people of Kashmir had rendered matchless sacrifices in their struggle for securing their birthright to self-determination and were committed to take their freedom movement to its logical conclusion at all costs. Dukhtaran-e-Millat General Secretary, Nahida Nasreen, in a statement in Srinagar said that on August 14, 1947 the sub-continent was divided on the basis of two-nation theory and Kashmir was a natural part of Pakistan. However, she said, it didn’t happen. “Then on October 27, India invaded Kashmir and took control of the territory forcibly. Thus, this day marks the beginning of Kashmir dispute and Indian occupation.” Illegally detained APHC leader, Ghulam Muhammad Khan Sopori in his message from Kathua Jail in Jammu said that the people of Jammu and Kashmir had rejected forced occupation of their motherland by India. He added that the Kashmiris were offering sacrifices against this occupation for the past 70 years. Hurriyat leaders Mukhtar Ahmad Waza and Hilal Ahmad War in their statements also termed 27th October as the darkest chapter in the history of Jammu and Kashmir. KASHMIR VOICE 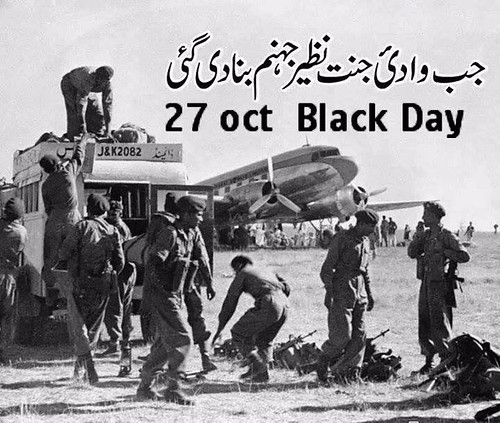 Srinagar, October 26 (Kashmir Voice): In occupied Kashmir, the All Parties Hurriyat Conference (APHC) has expressed concern over the plight of illegally detained Hurriyat leaders and activists lodged in different jails and detention centres in and outside the territory.
According to media sources, the APHC spokesman in a statement issued in Srinagar said that the political prisoners were for no reason implicated in fake cases. Hailing the meritorious services and sacrifices rendered by the political detainees, he said that they had created a history and ‘we salute them for their steadfastness, persistence and commitment’. “Their commitment and exemplary bravery will certainly rejuvenate movement and infuse new spirits among young generation,” he added. The spokesman urged the Amnesty International and other world human rights organizations to take cognizance of the sufferings of Kashmiri detainees and use their influence for their immediate release. KASHMIR VOICE 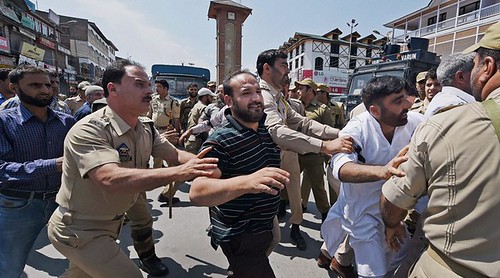 Srinagar, October 26 (Kashmir Voice): In occupied Kashmir, Tehreek-e-Hurriyat (TeH) Jammu and Kashmir has condemned the invoking of draconian law, Public Safety Act, against party activists including Abdur Rasheed Rathar and Showkat Ahmad Mir and many youth from Pattan for the third time and their shifting to Kot Bhalwal Jail in Jammu.
According to media sources, the TeH spokesman in a statement issued in Srinagar termed the arrest of Sajjad Ahmad Butt from Chadoora area of Budgam as frustration of the puppet authorities. He said that Sajjad was a shopkeeper and was arrested because his father was an active member of the freedom movement. He described the arrests as political victimization. KASHMIR VOICE 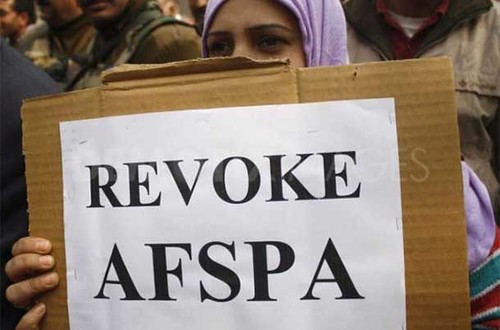 Srinagar, October 26 (Kashmir Voice): In occupied Kashmir, India’s National Investigation Agency (NIA), today, conducted raid on the house of Shahid Yousuf, the son of prominent freedom leader, Syed Salahuddin, in Soibugh area of Budgam district.
According to media sources, the family members of Shahid Yousuf, who is already in the NIA custody in New Delhi, told media persons that the NIA team raided their residence at about 4:30 am and left at about 7 am. They added that the NIA sleuths took some phones and a laptop along. The NIA had arrested Shahid Yousuf on Tuesday (October 24) after summoning him at its headquarters in New Delhi. A Delhi court on Wednesday remanded him in the NIA custody for seven days. It is to mention here that the NIA has so far arrested eleven persons including seven pro-freedom leaders, a businessman and a photojournalist from occupied Kashmir on false charges. The action is aimed at suppressing the Kashmiris’ ongoing freedom movement. KASHMIR VOICE

Srinagar, October 26 (Kashmir Voice): In occupied Kashmir, residents of Kunzar area of Tangmarg in Baramulla district, today, staged a protest against disappearance of a boy from his house in Mehmoodpora.
According to media sources, the protesters said that the boy, Showkat Ahmad, a 10th standard student, left home in Turke-Batpora village on Wednesday afternoon to get a medical checkup. “He didn’t return home,” said protesters. KASHMIR VOICE 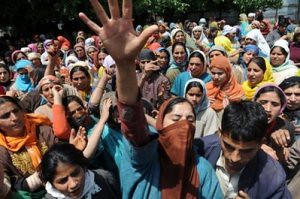 Srinagar, October 26 (Kashmir Voice): In occupied Kashmir, the Jammu and Kashmir Muslim League (JKML) has termed the shifting of its Chairman and senior APHC leader, Masarrat Aalam Butt, back to Kot Bhalwal Jail in Jammu as political vendetta.
According to media sources, the JKML spokesman in a statement issued in Srinagar said that Masarrat Aalam Butt was produced before a court in Srinagar in a fake case registered against him at Shaheed Gunj police station. He said that Masarrat Aalam was brought from Jammu to Srinagar after one year and was kept at Kothibagh police station. However, he said that the detained leader was sent back to Kot Bhalwal Jail in Jammu. He said that next hearing of Masarrat Aalam Butt’s case would be held in November. KASHMIR VOICE 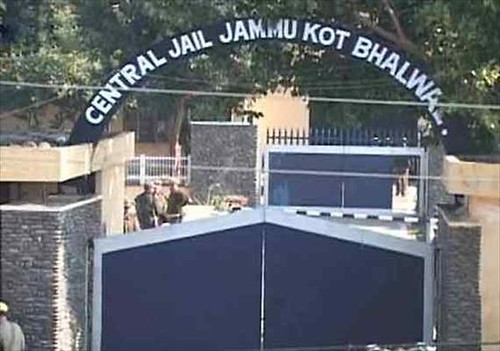