Jammu, September 11 (Kashmir Voice): In occupied Kashmir, speakers at a seminar called for settlement of the Kashmir dispute through tripartite talks between Pakistan, India and true representatives of Kashmiri people.
According to media sources, the seminar titled ‘Kashmir Issue’ was organized by Jammu and Kashmir Freedom Movement and United Peace Movement in Jammu was attended by hundreds of people hailing from different walks of life. The speakers said that the present situation in Jammu and Kashmir was grave and alarming particularly in the wake of crackdown and harassment of the Kashmiri leadership by NIA and other Indian agencies. They said that New Delhi’s aggressive and communal approach had further alienated the people of Jammu and Kashmir. The resolutions supporting resolution of Kashmir dispute and protesting against the plan to abrogate Article 35A were passed in the seminar. A resolution asking for mitigating the sufferings of Rohingya Muslims was also passed on the occasion. Representatives from Hindu, Sikh, Dogra and Muslim communities attended the function. KASHMIR VOICE

Srinagar, September 10 (Kashmir Voice): In occupied Kashmir, thousands of people participated in the funeral prayers of a mujahid commander, Shahid Ahmad Sheikh in Rafiabad area of Baramulla district.
According to media sources, people from different areas including Rafiabad, Qaziabad and Zainageer marched towards the Kachloo area of Rafiabad where Sheikh was laid to rest amid pro-freedom, pro-Pakistan and anti-India slogans. Shahid Ahmad Sheikh was martyred by Indian troops during a siege and search operation in Reban area of Sopore, yesterday. A house belonging to one Fahmeeda Begum was blown up by the troops during the operation. Meanwhile, the authorities ordered closure of all educational institutions while telephone and internet services were snapped in Baramulla district.
22-year-old Sheikh had earned degrees in Arabic and Islamic Studies.
On the other hand, a girl identified as Khushboo, daughter of Fayaz Wani was hit by bullet fired by Indian troops in Harmain area of Shopian district. She was immediately taken to district hospital Shopian where from she was referred to Srinagar for specialized treatment. Local youth took to the streets and resorted to stone pelting on the troops against the operation in the area. The troops fired teargas shells, triggering clashes which spilled over to the adjacent villages. KASHMIR VOICE 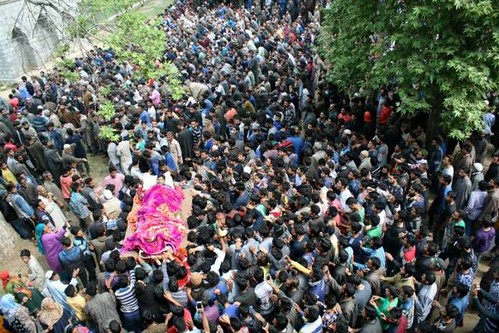 Srinagar, September 10 (Kashmir Voice): In occupied Kashmir, Indian troops during their 18-hour long military operation martyred two youth in Shopian district.
According to media sources, the two youth identified as Tariq Ahmad Butt and Altaf Ahmad, were martyred during a siege and search operation in Barabugh area of the district. The troops killed Tariq Ahmad Butt, last night, while Altaf Ahmad early this morning. However, Indian army claimed that the youth were killed during an 18-hour long gunfight with troops in Vill Barbug are of the district. KASHMIR VOICE 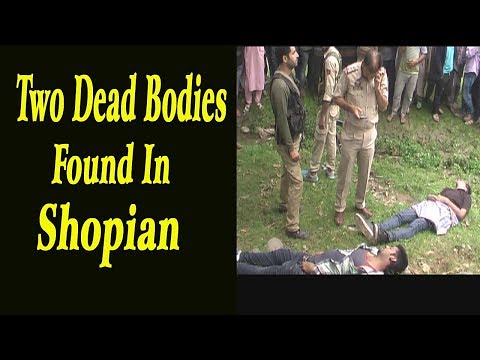 Srinagar, September 10 (Kashmir Voice): In occupied Kashmir, an elderly man was crushed to death after being hit by a Central Reserve Police Force (CRPF) vehicle in Khayam area in Srinagar, last night.
According to media sources, Sanaullah Mir, 50, was walking in Khayam area when a CRPF vehicle hit him injuring him critically. He was rushed to a local hospital but succumbed to his injuries on the way to the hospital. “He had grievous injuries in head and body,” a relative of deceased told media. Mir was a resident of Bishember Nagar, Srinagar. KASHMIR VOICE

Srinagar, September 10 (Kashmir Voice): In occupied Kashmir, the Chairman of All Parties Hurriyat Conference, Syed Ali Gilani has said that the restrictions on political activities in the territory and disallowing resistance leaders to court arrest at National Investigation Agency headquarters in New Delhi signify a moral victory for resistance leadership.
According to media sources, Syed Ali Gilani in a statement issued in Srinagar appealed to the United Nations and international human rights organizations to take cognizance of unabated human rightist violations in Jammu and Kashmir. He said the resistance leaders had decided to court arrest before NIA in New Delhi for its highhandedness, revival of Ikhwan-type bullying and intimidations against leadership and people; however Indian authorities didn’t allow them to take to this democratic step. He said that India’s national Investigation Agency was running a defamatory campaign against leadership and people. He called it psychological crackdown, and added that its main aim was to make people scare. “We won’t succumb to the pressure and will fight tooth and nail against the campaign launched by NIA,” Gilani added. He condemned the action against Prof A.R Gilani, terming it as a brute and unjustified step and added that he was supposed to receive resistance leadership at Delhi airport. He said that Kashmir was needed to be resolved as per UN resolutions. Meanwhile, Syed Ali Gilani expressed deep grief over the sad demise of Mohammad Abdullah Khan, close relative of Mohammad Ashraf Sehrai and mother-in-law of Mohammad Yusuf Naqash. KASHMIR VOICE 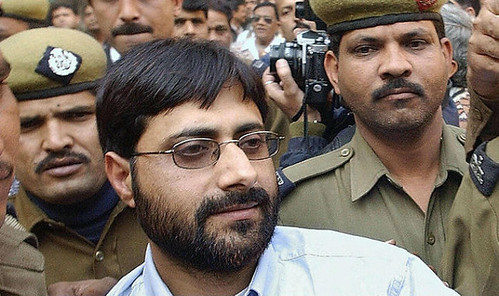 Srinagar, September 09 (Kashmir Voice): In occupied Kashmir, Indian troops, in their fresh act of state terrorism, martyred one Kashmiri youth in Sopore, today.
According to media sources, the troops killed the youth, Shahid Ahmad Sheikh, during a violent siege and search operation in Reban area of Sopore. Shahid Ahmad Sheikh was a commander of Hizbul Mujahideen. The troops also razed to ground a residential house in the area. Meanwhile, massive protests have erupted in different areas of Sopore against the killing of the youth and military operation by the troops. People from adjacent villages of Hadipora and Chetlora tried to march towards Reban. Indian police and troops used brute force to disperse the protesters, triggering clashes between the demonstrators and the forces’ personnel. The clashes are going on. The authorities have suspended Internet services and announced closure of schools in Sopore town. On the other hand, Indian forces’ personnel have also launched massive cordon and search operation in more than 20 villages of Shopian and Kulgam districts. The forces’ personnel besieged Kader, Dadarkot, Akhipur, Khee Jogipura, Avhotu, Dangam, Wangam, Renipura, Mantribug, Zaipura, Partappura, Nanga Chek, Shahpura, Rambhama, Mohanpora, Khurampora, Rampora and other villages in the two districts and started wide-spread searches. The students of Government Degree College Shopian came out of their institution raising slogans and pelted stones at nearby camp of Indian forces. The forces’ personnel retaliated with teargas shelling, triggering clashes in the area. KASHMIR VOICE 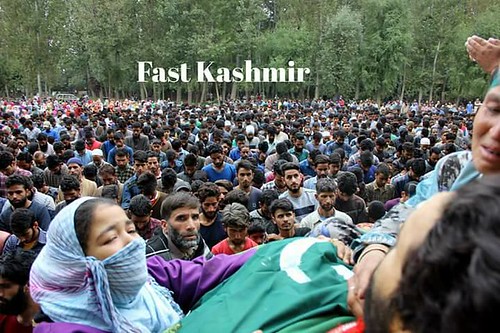