Srinagar, November 20 (Kashmir Voice): In occupied Kashmir, residents of Kunzar town in Baramulla district observed a token-strike to protest against pesky power supply and the shortage of drinking water in the area. According to media sources, a large number of people including businessmen took to Srinagar-Gulmarg road and raised slogans in favour of their demands. The protesters blocked traffic for hour on the highway and later dispersed off peacefully. People of the area have been complaining that the water from Nallah Ferozpora was supplied to peripheries of Sangrama, Pattan and Beerwah areas but the locals of Tangmarg region remained high and dry for want of water. They have been also demanding the upgradation of Kunzar power grid to do away with pesky power supply. KASHMIR VOICE 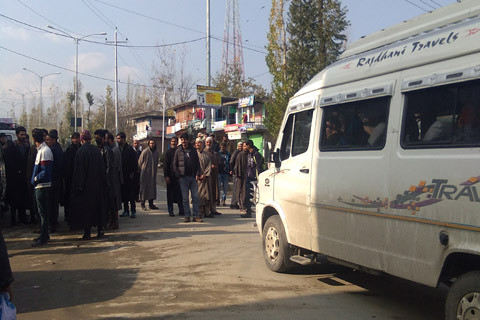 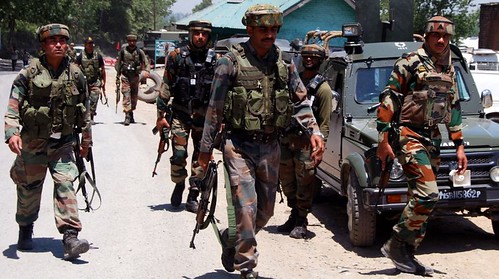 Srinagar, November 20 (Kashmir Voice): In occupied Kashmir, leaders of Jammu and Kashmir Liberation Front (JKLF) have said that glorious history written by Shaheed-e-Hurriyat Sheikh Abdul Hameed and martyrs like him, by their sacred blood, is our precious treasure.
According to media sources, the leaders said this during a blood donation camp held in memory of Sheikh Abdul Hamid and other martyrs of Aali Kadal at Abi Guzur in Srinagar, today.The JKLF leaders said that Kashmiris were indebted to these great martyrs and no one could ever forget their sacrifices. “As custodians of these sacrifices it is our duty to continue the sacred struggle for freedom till the achievement of the cherished goal.” Blood donation camp was held to recall the sacrifices of gallantry martyrs — Sheikh Abdul Hamid, Mushtaq Ahmad Lone, Advocate Jamil Chowdhry, Fayaz Ahmad Sheikh, Mushtaq Ahmad Kottay, Mustaq Ahmad khan and Ghulam Mohammad who embraced martyrdom at Aali Kadal Srinagar on 19th Nov 1992. Hundreds of people from all walks of life participated in the blood camp. On the occasion dozens of people including intellectuals, writers, students and businessmen along with JKLF leaders and activists donated their blood for the betterment and welfare of the humanity. KASHMIR VOICE 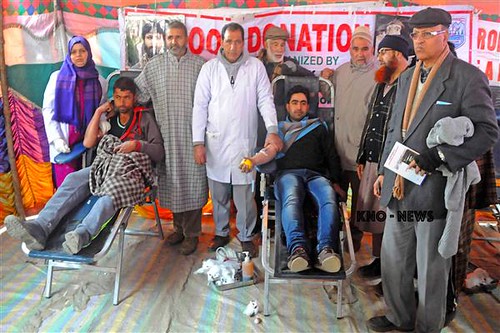 Srinagar, November 19 (Kashmir Voice): In occupied Kashmir, the authorities have placed Anjuman Sharie Shian President, Agha Syed Hassan Al-Moosvi Al-Safvi, under house arrest at his residence in Badgam.
According to media sources, Agha Hassan Moosvi was put under house detention and was not allowed to attend multiple religious conferences organized by Anjuman Sharie Shian across the Kashmir Valley in connection with the birth anniversary of the Prophet (PBUH) and martyrdom anniversary of Hazrat Hussain (RA). A party statement issued in Srinagar said that conferences were organized at Central Imambara Budgam and Hasanabad Srinagar. Agha Hassan Moosvi was scheduled to lead a religious conference but authorities disallowed him, the statement added. Meanwhile, Indian police arrested Jammu and Kashmir People League Chairman, Mukhtar Ahmad Waza from his house in Islamabad district and lodged him at Sher Bagh police. Waza was scheduled to address a gathering to pay tributes to Pulwama martyrs. Earlier, Mukhtar Ahmad Waza addressed victim families in Tral, today. During his visit to victim families, he reiterated that peace and stability in South Asia would remain a distant dream unless the Kashmir dispute was resolved in accordance with the aspirations of the Kashmiri people.
KASHMIR VOICE 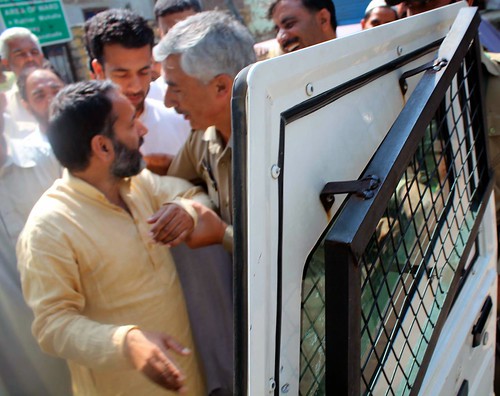 Srinagar, November 19 (Kashmir Voice): In occupied Kashmir, complete shutdown is being observed in the territory, today, against the cordon and search operations being carried out by Indian armed forces and killings in the Valley.
According to media sources, all shops and business establishments are closed, while traffic is off the road in Srinagar and other parts of the territory. Call for the strike has been given by the Joint Resistance Leadership comprising Syed Ali Gilani, Mirwaiz Umar Farooq and Muhammad Yasin Malik. The authorities have deployed forces in strength to prevent anti-India protests. Dozens of youth have been killed in Hajin,Pulwama and Zakura and other areas of the occupied territory by Indian troops over the past few days. The leadership in a statement issued in Srinagar paying tributes to the martyrs said, as severe state repression continues and there is stubbornness on the part of Government of India with regard to the resolution of the Kashmir dispute, a section among the youth, pushed to the wall, feels forced to find expression to their political aspirations and will by resorting to armed means. “Government of India should stop killings and instead resolve the internationally-acknowledged Kashmir dispute in accordance with internationally-accepted means of dispute resolution so that precious human lives are not lost and peace and security prevail in the region,” the leadership added. KASHMIR VOICE 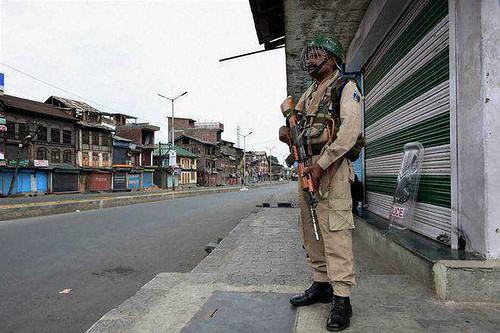 Srinagar, November 19 (Kashmir Voice): In occupied Kashmir, Indian troops, in their fresh act of state terrorism, martyred six more Kashmiri youth in Bandipore district.
According to media sources, the troops killed the youth during a siege and search operation at Chadergeera in Hajin area of the district, last night. Earlier, a commando of Indian Air Force was killed and two Indian soldiers were injured in an attack in the same area. A police official said a joint team of Army, police and Central Reserve Police Force laid cordon in Chandergair locality of Hajin and started house-to-house searches. However, the police official claimed that the youth were killed during an exchange of fire. He said that two soldiers were injured including an Indian Air Force commando. “The commando later succumbed,” he added. The police official identified the slain commando as JP Nirala and injured soldier as Lance Naik Ranjeet of Army’s 13 RR unit stationed at Manasbal. Meanwhile, clashes erupted in the area soon after the troops cordoned the area. “Locals including youth and women took to streets and pelted stones on forces. The troops fired dozens of teargas shells, triggering intense clashes. Internet and mobile services were snapped in Bandipora district after the incident. KASHMIR VOICE 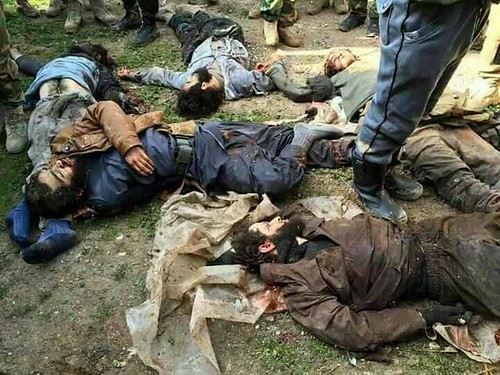