Srinagar, September 23 (Kashmir Voice): In occupied Kashmir, Indian police arrested several traders and transporters after subjecting them to brute force in Srinagar, today.
According to media sources, traders and transporters from Batamaloo staged a demonstration at Press Enclave in Srinagar against shifting of General Bus Stand, Batamaloo, to Parimpora. They attempted to march towards the official residence of the puppet Chief Minister, Mehbooba Mufti, at Gupkar in Srinagar to register their protest. However, Indian police intercepted the protesting members of All Traders Joint Coordination Committee on the busy Residency Road, subjected them to brute force and arrested many of them. KASHMIR VOICE 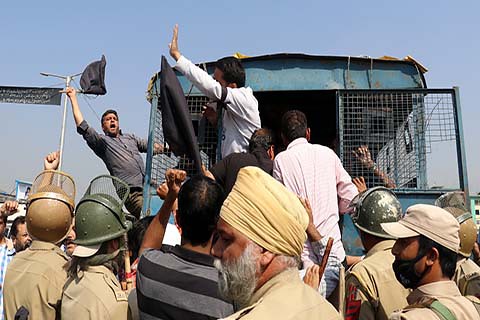 Srinagar, September 23 (Kashmir Voice): A Kashmiri businessman was found dead at his rented room in tourist resort of Manali in the Indian state of Himachal Pradesh.
According to media sources, 21-year-old Muneeb Hassan Mir, a resident of Wahdatpora village of Budgam, was found hanging inside his rented room at Bhajogi in Manali area of Shimla, media reports said. Muneeb was immediately rushed to nearby hospital by his colleagues where doctors declared him brought dead on arrival, reports said. Meanwhile, Muneeb’s death has plunged his native village in mourning. KASHMIR VOICE 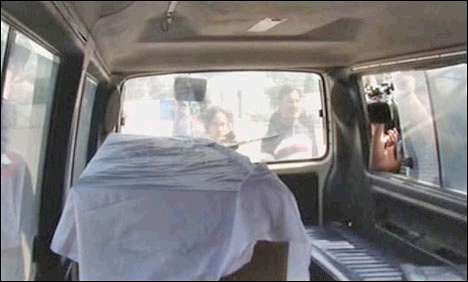 Srinagar, September 23 (Kashmir Voice): In occupied Kashmir, the Acting President of Jammu and Kashmir Muslim Conference, Jahangir Ghani Butt, has said that India and Pakistan should resume dialogue and involve the Kashmiris’ genuine representatives with the process to settle the lingering Kashmir dispute.
According to media sources, Jahangir Ghani Butt visited different areas of Baramulla district and addressed several meetings of party workers. In his addresses, he welcomed the statement made by Pakistan Prime Minister, Shahid Khaqan Abbasi at the 72nd session of the UN General Assembly where he raised the Kashmir dispute and spoke on the atrocities committed by the Indian forces in the territory. He urged the UN to play its role in the peaceful resolution of the Kashmir dispute. Raising concern over human rights violations in Kashmir, Jahangir Ghani Butt said, Indian forces are involved in the full or partial blinding of over a thousand innocent Kashmiris through the use of short gun pellets, extra-judicial executions, use of human shields, arbitrary arrests, disappearances and humiliation of Kashmiris on daily basis. He said that the world community should act by appointing a special envoy on Kashmir to check the brutal policies of repression being pursued by the Indian forces in occupied Kashmir. Meanwhile, the Chairman of United Jihad Council, Syed Salahuddin, in a statement issued in Srinagar thanked Pakistan Prime Minister, Shahid Khaqan Abbasi, for highlighting the Kashmir dispute and exposing the real face of India in the UN General Assembly. He said that the prime minster conveyed a message to the world community that settlement of the lingering Kashmir dispute was inevitable for durable peace in the region. KASHMIR VOICE

New Delhi, September 23 (Kashmir Voice): Amnesty International India-chapter (AII) has said that India did not accept several important specific recommendations related to reducing discrimination and violence against marginalized groups, respecting the freedom to dissent and reducing impunity for human rights violations.
According to media sources, Amnesty International India in a statement issued in New Delhi said, India has done far too little to tackle incidents of mob violence against Muslims and widespread discrimination against Dalit and Adivasi communities. The statement said, the freedom to dissent is increasingly under threat in India. It said, the government’s refusal to accept recommendations to amend the NGO foreign funding law, to align communications surveillance and restrictions on online expression with international human rights standards, and to independently investigate attacks on journalists raises troubling questions about its commitment to protecting the rights to freedom of expression and association. The AII has also regretted India’s refusal to accept recommendations to repeal the Armed Forces Special Powers Act (AFSPA), which has contributed to a culture of impunity for human rights violations by Indian forces, to ban inherently inaccurate pellet-firing shotguns that have blinded and killed hundreds, and to enact a law to address communal violence. “These decisions, unfortunately, paint a grim picture of India’s commitment to upholding human rights and respecting its international obligations,” the statement said. By taking steps recently to forcibly return all Rohingya refugees and asylum-seekers in India to Myanmar, where they may face serious human rights violations, India risks failing its moral and legal obligations, it added. KASHMIR VOICE 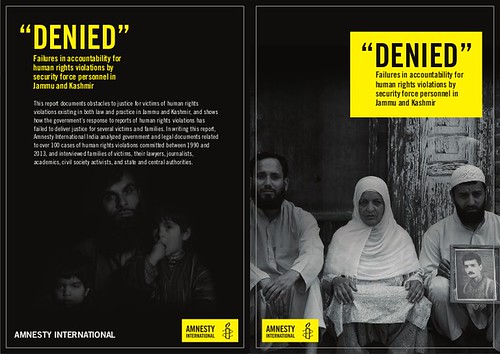 New Delhi, September 23 (Kashmir Voice): India’s Enforcement Directorate (ED) filed, today, a charge-sheet against senior leader of the All Parties Hurriyat Conference, Shabbir Shah, in connection with a false case registered against him in 2005.
According to media sources, Shabbir Ahmed Shah was in the illegal detention of the ED in Srinagar since his arrest from Srinagar on July 25 by the agency. KASHMIR VOICE 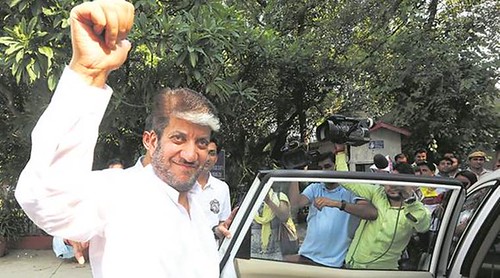