Srinagar, November 02 (Kashmir Voice): In occupied Kashmir, traders’ body, Jammu and Kashmir Coordination Committee (JKCC), has said that the puppet administration is extending Goods and Services Tax (GST) to the territory in a deceitful manner.
According to media sources, JKCC Convener Siraj Ahmad addressing a press conference in Srinagar said, “The GST has further eroded our autonomy” and the administration is taking pride in it.
“The JKCC tried a lot to convince the administration about its outcome, but they were in a hurry to implement GST without listening to anyone or seeing any reason.” He reiterated the traders’ demand of withdrawal of presidential order by virtue of which GST was extended to Kashmir. “We demand roll back of GST in present form and declaration of JK as Free Economic Zone,” he said. The trade body said that the PDP Member of parliament Muzaffar Hussain Beig and Finance Minister, Haseeb Drabu, were playing a pivotal role in eroding territory’s fiscal autonomy by misleading people”. JKCC Co-Convener, Mubeen Shah said that the puppet administration should be held accountable for extending the GST to Jammu and Kashmir in present form. “The erosion of Jammu and Kashmir Special Status and its fiscal autonomy by implementation of the GST has even been acknowledged by the Indian National Congress Party which stated that the law would infringe upon the Special Status of J&K,” he said. KASHMIR VOICE 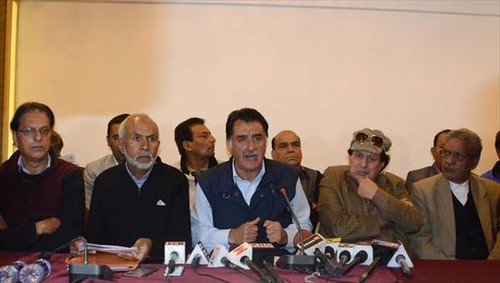 Srinagar, November 02 (Kashmir Voice): In occupied Kashmir, senior APHC leader and Jammu and Kashmir Muslim League Chairman Masarrat Aalam Butt was produced before a court in Srinagar in a fake case registered against him in 2006.
According to media sources, Advocate Shabbir Ahmed Butt, who represents the Muslim League Chairman, submitted before the court that Masarrat Aalam Butt should be shifted from Jammu jail to Srinagar because of his falling health and also the High Court had quashed his 35th PSA on October 27. Putting him in Kotbhalwal Jail, Jammu, is, therefore unwarranted, he demanded. The court while hearing the case observed that the 35th PSA’s quashing orders should be handed over to the Kotbhalwal Jail authorities, and if he is not needed in any case there, the court will take the present plea into consideration. The next hearing of the case is listed on November 22. The JKML in a statement expressed deep concern over the deteriorating health of Masarrat Aalam Butt in jail. Meanwhile, family members of Abdul Samad Inqalabi told media that police were not presenting him in the court of law for hearing. They said Inqalabi is suffering from many ailments and is being deprived of medical assistance in Kathua Jail in Jammu. Inqalabi was arrested by Indian Army in July this year from Tral town of Pulwama district during a raid on the house of Burhan Wani. He was later handed over to police and subsequently booked and sent to Srinagar Central Jail before being shifted to Kathua jail. His case has been listed for next hearing on November 20. KASHMIR VOICE 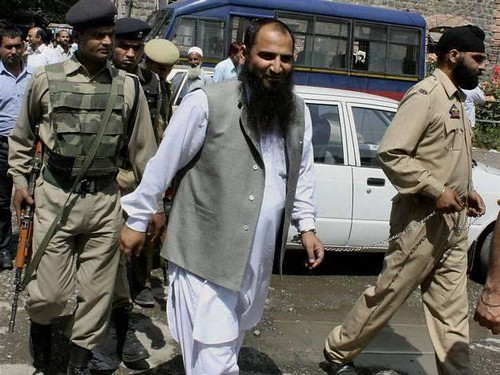 Srinagar, November 02 (Kashmir Voice): In occupied Kashmir, at least five personnel of Indian paramilitary Central Reserve Police Force were injured in an attack on their vehicle in Islamabad district, today.
According to media sources, the CRPF men were injured when their vehicle came under attack at Lazibal in the district, this morning. The injured personnel are associated with the 96 Battalion of Central Reserve Police Force. A police official told media persons in Srinagar that a convoy of six CRPF buses was on their way back to Mattan when the attack took place. The police official said that the injured had been admitted to hospital. Indian army has launched a cordon and search operation in the area. More details are awaited.KASHMIR VOICE 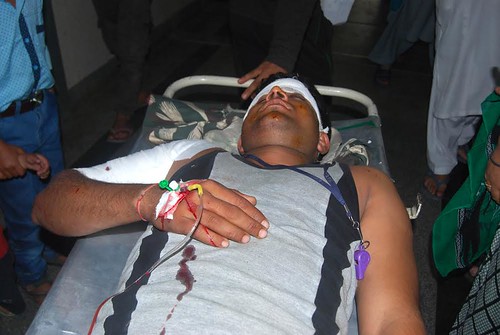 Srinagar, November 02 (Kashmir Voice): Former India-appointed interlocutor on Kashmir and policy analyst, Radha Kumar, has said that the government of India has attached too many red lines with the dialogue process, which was an act of foolishness.
According to media sources, Radha Kumar, who was part of a three-member group appointed to assess the situation in Kashmir by the former Congress government in a media interview said the dialogue has not even started, but there have been too many red lines attached with the talks.
In October 2010, the Indian government had appointed a group of three interlocutors that included Radha Kumar, senior journalist Dileep Padgaonkar and former information commissioner M M Ansari to hold sustained dialogue with all sections of the people in the state. Last month, the Bharatiya Janata Party (BJP)-led government in Delhi appointed former Information Bureau chief Dineshwar Sharma to hold talks with all stakeholders in Kashmir. The pro-freedom groups have refused to talk to the interlocutor, saying the Indian government does not recognise Kashmir as a dispute. Questioning government move, Kumar asked if it was needed to appoint a new interlocutor when she along with other the two other panel members had already prepared a report to address the Kashmir dispute. Ascribing the new appointment to political one-upmanship, Kumar said, “There was a new government in Delhi. So it is obvious that our recommendations will not be implemented by the present government.” “I can’t imagine that our recommendations will be taken by this government. If the government was not ready to act on our recommendations, in that sense, why will the BJP government?” the former interlocutor asked. She said the appointment of Sharma was a realisation that Delhi needed to talk to Kashmiris to address the Kashmir problem. KASHMIR VOICE 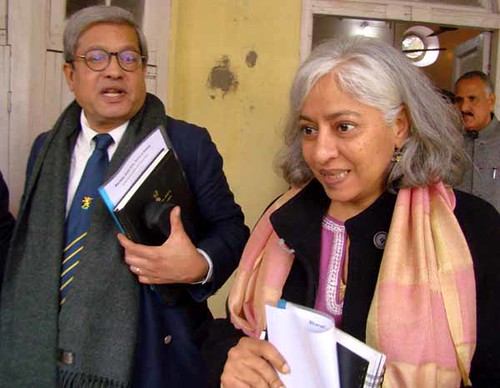 Srinagar, November 02 (Kashmir Voice): In occupied Kashmir, the Dukhtaran-e-Millat (DeM) has said that the string of draconian Public Safety Acts (PSAs) are being slapped against Kashmiris every now and then.
According to media sources, the DeM General Secretary, Nahida Nasreen in a statement issued in Srinagar said that 35th PSA had been slapped against senior Hurriyat leader, Masarrat Aalam Butt, 80-year-old persons in Sopore and Handwara are languishing in jails after the draconian law was slapped against them. She said that the Kashmiris were languishing in jails across India for the past 20 years. “The youth who are jailed were pursuing degrees and were bright students. Mirza Nisar Hussain, Abdul Lateef Waza, Mohammad Ali Butt and Abdul Ghani Goni are in Rajasthan jails since past 21 years while Javaid Ahmad Khan and Mahmood Topiwala are in Tihar since the same number of years,” Shafaqat Hussain Tagoo and Ahtisam Farooq have been languishing in same jail since six years “It is a matter of pride for us that despite facing such hardships our brothers are standing tall against the oppression and the occupation. People of Kashmir must follow these men as they are our torch-bearers and inspiration,” she added Nasreen said that the visit of an Israeli delegation led by Major General Yakov (Kobi) Barak to an Indian Army base in Udhampur, once again, exposed a deep-rooted anti-Muslim nexus between the Indian idolaters and the Israeli Zionists. KASHMIR VOICE