Srinagar, September 09 (Kashmir Voice): In occupied Kashmir, scores of Jammu and Kashmir Liberation Front (JKLF) leaders staged a protest in Abi Guzar area of Srinagar, today, against the detention of joint resistance leadership.
According to media sources, the puppet authorities arrested the JKLF Chairman, Muhammad Yasin Malik, and shifted him to Srinagar Central Jail while Syed Ali Gilani and Mirwaiz Umar Farooq were placed under house arrest. The leaders were scheduled to fly to New Delhi, today, and stage a sit-in outside the headquarters of India’s National Investigation Agency (NIA) and court arrest there. KASHMIR VOICE 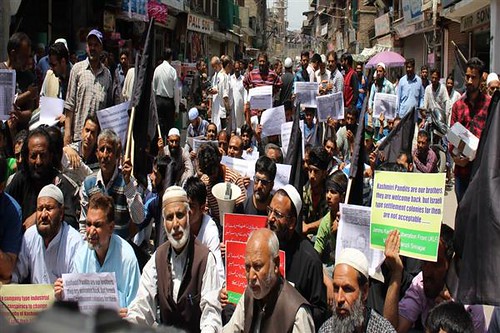 Srinagar, September 09 (Kashmir Voice): In occupied Kashmir, one Indian army man was injured during a scuffle between the soldiers in Bandipora district.
According to media sources, the incident took place on late Friday night in Ajas area of the district. The soldier identified as Ashish Kumar suffered bullet injuries in a leg during a scuffle with his colleague. He was shifted to a military hospital in Srinagar for treatment. KASHMIR VOICE 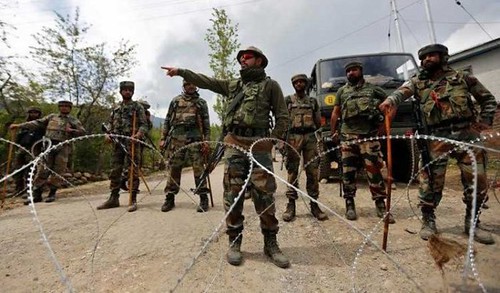 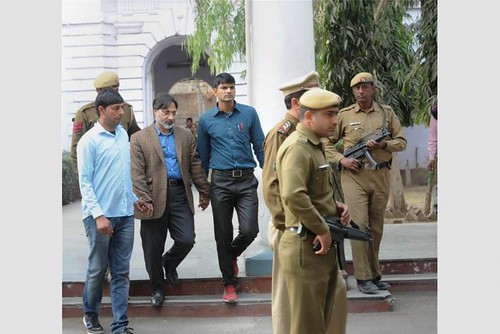 Srinagar, September 08 (Kashmir Voice): In occupied Kashmir, India is increasingly clamping down on social media to silence voices of Kashmiri people against brutalities of Indian forces in the territory.
According to media sources, Wasim Khalid, who writes for a Srinagar-based English newspaper, Kashmir Reader, is one of the several Kashmiri Twitter users asked by Twitter to remove posts following a complaint from the Indian government. “At first I thought it was a joke, one of those fake emails you keep getting but then I looked more carefully and it was actually an email from Twitter,” Wasim Khalid said in a media interview. “It is an attempt at intimidating those who post the truth that will never be shown by Indian media. It is meant to close this little window of social media where Kashmir appeared to the world as it exists on ground. They (Indian authorities) don’t want the world to see how India keeps its hold on Kashmir and that is why they want Kashmiris blocked from social media,” he added.
Twitter has reportedly blocked several Kashmiri accounts and suppressed dozens of tweets.
According to The Indian Express newspaper, the government of India in a letter on August 24 asked Twitter to block 19 accounts, most of them over tweets about Kashmir. It also asked for 95 tweets to be removed.
Wasim Khalid said that on August 31, he received an email from Twitter informing him that Indian government had complained that two of his posts violated Indian law. One post related to an essay recently republished by a Kashmiri news site and the other carried an image of a young boy being used as a human shield by Indian forces in occupied Kashmir. KASHMIR VOICE 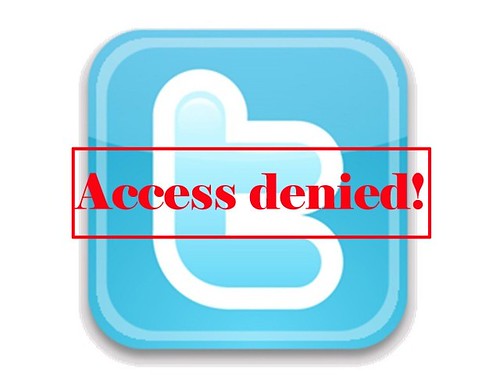 Srinagar, September 08 (Kashmir Voice): In occupied Kashmir, hundreds of supporters of senior leader of All Parties Hurriyat Conference, Agha Syed Hassan Al-Moosvi Al-Safvi, forced the officials of Indian National Investigation Agency to flee his residence in Badgam.
According to media sources, the NIA officials had raided the residence of Agha Syed Hassan Al-Moosvi Al-Safvi. The supporters of the APHC leader initially assembled in the imambargah Badgam and raised slogans against the NIA. The people raising anti-India slogans started marching towards the residence of Agha Syed Hassan Al-Moosvi and stormed in after breaking the outer gate closed by the NIA sleuths. They were raising slogans like ‘Agha Sahab kadam barhao hum tumharey saath hain’ and ‘NIA ki manmanian nahi chalen gi nahi chalen gi”. As the sloganeering intensified and people reached the courtyard of Agha Syed Hassan Al-Moosvi’s residence, the NIA officials fled hurriedly. The protesting people said that the NIA sleuths misbehaved with the APHC leader and his family. KASHMIR VOICE

Srinagar, September 08 (Kashmir Voice): In occupied Kashmir, the joint resistance leadership comprising Syed Ali Gilani, Mirwaiz Umar Farooq and Muhammad Yasin Malik has strongly condemned the fresh wave of terror unleashed by the government of India against the Kashmiri people and Hurriyat leaders.
According to media sources, the resistance leaders in a statement in Srinagar said that banking on the military might, New Delhi was trying to choke all space for the pro-freedom leadership. “To keep the resistance leaders away from the people, all undemocratic means are being employed by Delhi and its stooges in Kashmir while the worst form of oppressive measures are being used to suppress the genuine dissent,” they said. The resistance leaders said that 2016 was witness to the worst-ever and ultimate form of repression unleashed by Indian forces that left thousands blinded and maimed by the pellets; more than 126 youth killed, over 15,000 injured with bullets and pellets and hundreds slapped with draconian law Public Safety Act and lodged in different jails in and outside the occupied territory including Srinagar Central Jail, Islamabad Jail, Baramulla Jail, Kathua Jail, Udhampur Jail, Kot Bhalwal Jail and Tihar Jail. “Fact remains that the real state of affairs in Jammu and Kashmir are run and managed by the Indian Home Ministry and every step is being taken on their direction while the so-called government in the territory is only a stooge,” they said. The leaders said that under a well-planned conspiracy to defame the Kashmiri leadership and the ongoing movement for freedom on the directions of Indian Home Ministry, the NIA had been assigned the job of harassing and intimidating the pro-freedom leaders, their families, friends, and business community also. They said that basic purpose of the raid spree being carried out by the NIA was to instill fear among the pro-freedom leadership and the people of occupied Kashmir. The resistance leaders said, Kashmir is not territorial or law and order dispute but a political dispute acknowledged by the UN through its 18 resolutions pending implementation and these resolutions give the right to self-determination to the people of Kashmir. They also condemned the raids conducted by the NIA on the residences of Hurriyat leaders, Ghulam Nabi Sumjhi, Agha Syed Hassan Al-Moosvi Al-Safvi, Showkat Ahmed Bakhshi, Zameer Thakur and others, saying that the only aim of these raids is to build pressure on the pro-freedom leaders to stop advocating people’s cause for freedom. The resistance leaders said such oppressive tactics cannot break the resolve of the pro-freedom leaders who are duty-bound and committed to work towards the final settlement of the Kashmir dispute as per the aspirations of the Kashmiri people. They also called for complete shutdown in the occupied territory on Sunday (September 10) against Indian Home Minister, Rajnath Singh’s proposed visit to Srinagar. “By observing the strike, people of Kashmir will prove to the world community and the Indian leadership that by using military might against the people or harassing their genuine leadership, the freedom struggle of Kashmir cannot be crushed,” they added. KASHMIR VOICE