Srinagar, November 12 (Kashmir Voice): India has decided to equip its troops deployed on borders of Pakistan and China with 600 drone planes. The drone planes, to be purchased with estimated cost of Rs 9.5 billion, would be given to troops deployed on forwards posts. The pilotless planes would also be handed over to National Rifles deployed to counter anti-terrorist operation. KASHMIR VOICE 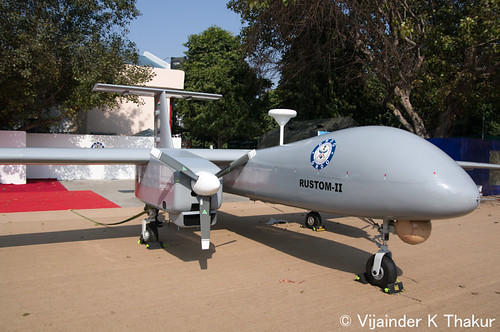 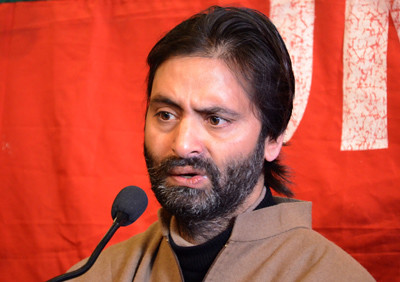 Srinagar, November 12 (Kashmir Voice): In occupied Kashmir, the High Court Bar Association (HCBA) has condemned the re-arrest of senior APHC leader, Masarrat Aalam Butt soon after he was released from Kote Bhalwal Jail in Jammu. The Bar Association in a statement issued in Srinagar said, “It is condemnable the re-arrest of Masarrat Aalam Butt after his 35th order of detention was quashed, recently, by the High Court, which had directed that he be released forthwith.” The Bar termed the move as ruthless, barbaric and a glaring and perpetual violation of his human rights. It pleaded the High Court to take suo-motto notice of the matter, in pursuance of the judgment of the Indian Supreme Court that asks for treating the prisoners not as objects but as human beings. The Statement said, “Bar Association feels that it is not for the first time that after quashing of his order of detention that Masarrat Aalam Butt has been re-arrested inside the jail and lodged at some unknown place, but in the past also, he has been re-arrested and detained in the same manner, many a times and has been hounded by the police and other agencies in an illegal and unlawful manner.” After keeping him in different police/interrogation centres, the Bar said, “He has been booked again and again under PSA to make his release impossible, which evidently is contrary to UN Charter, Universal Declaration of Human Rights and other international covenants and agreements, which guarantee the protection of life and liberty of human beings all over the world.” The method and manner in which, Masarat Aalam Butt and other detenues including Aasiya Andrabi, Fehmeeda Sofi, Ghulam Mohammad Khan Sopori, Sheikh Mohammad Yousuf and Haji Rustum Butt and others have been treated by Indian authorities and agencies, it goes without saying that “J&K is a police State and no police or jail official is bothered to follow the rule of law or honor the orders of the court.” Bar Association maintained that right to life and liberty, cannot be cut out or cut down without fair legal procedure and any form of illegal detention and torture offends the human dignity and constitutes an inroad into the sacred right of life and liberty, which should be taken cognizance by the international community. Bar pleaded the High Court, which is hearing a petition, filed by the legal body, to see to it that conditions of the prisoners lodged in different jails of the territory were improved. “HC should take suo-motto cognizance of the matter, in pursuance of the judgment of the Indian Supreme Court for treating the prisoners not as objects but as human beings,” Bar statement added. KASHMIR VOICE

Srinagar, November 11 (Kashmir Voice): In occupied Kashmir, Indian police re-arrested senior APHC leader and the Chairman of Jammu and Kashmir Muslim League, Masarrat Aalam Butt, immediately after his release from Kot Bhalwal Jail in Jammu.
According to media sources, the JKML in a statement issued in Srinagar said that Masarrat Aalam was just released from the Kot Bhalwal Jail when a posse of Indian police arrived and whisked him away.
“The family members of Masarrat Aalam submitted the court’s order quashing his detention to the jail authorities and he was released from the jail at 4:30 PM,” a spokesman of the JKML told media. “But unknown policemen stopped Masarrat Aalam and whisked him away to an unknown place,” he said, adding that the police arrested the APHC leader without assigning any reason. The High Court of the occupied territory had on October 26 quashed the 35th detention order of Masarrat Aalam under draconian law, Public Safety Act (PSA). A bench of Justice Alok Aradhe at the High Court had quashed the PSA detention order, saying, “From the perusal of the order of detention, it is evident that the detenue has not been apprised of his right to make a representation to the detaining authority”. Masarrat Aalam was first arrested in June 1990. Since then he has been booked under draconian PSA for 35 times. So far, he has spent more than 18 years in different jails of occupied Kashmir and India. KASHMIR VOICE 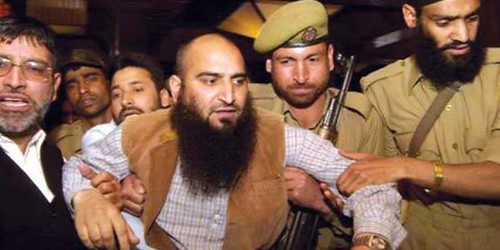 Srinagar, November 11 (Kashmir Voice): In occupied Kashmir, the Chairman of Hurriyat forum, Mirwaiz Umar Farooq, has expressed concern over the plight of Kashmiri political detainees languishing in different jails of India and the territory.
According to media sources, Mirwaiz Umar Farooq addressing a gathering in Srinagar said, the Kashmiri detainees are tortured in jails to break their resolve and determination and disturb them psychologically. He said, these prisoners are not criminals but political detainees and dealing with them inhumanly is a violation of the Geneva Conventions of rights and dignity of prisoners and even against basic human practices and ethics. “The treatment meted out to Kashmiri prisoners and under-trials, particularly in Kot Bhalwal, Kathua and Tihar jails, is inhuman,” he added. The Mirwaiz said that non-availability of medical care and hygienic food proved it beyond doubt that they were victims of vendetta policy being followed by New Delhi to suppress their freedom sentiment. He said even the visitors and relatives who come to see them in jails are deliberately harassed and tormented. All this is done in complete violation of the jail manual which lays emphasis on the honour and dignity of prisoners, he said. He termed the silence of international organisations over the plight of the Kashmiri prisoners as unfortunate. “There are scores of prisoners who have already completed their term but they continue to languish in prisons,” he pointed out. He deplored that trials of prisoners were repeatedly deferred to prolong their detention. The Mirwaiz said that Kashmiri political prisoners including Shabbir Ahmed Shah, Shahid-ul-Islam, Altaf Ahmed Shah, Ayaz Akbar, Peer Saifullah, Merajuddin Kalwal, Nayeem Ahmed Khan, Farooq Ahmed Dar, Muhammad Sideeq Ganai, Dr Muhammad Qasim Fakhtoo, Aasiya Andrabi, Fehmeeda Sofi, Masarrat Aalam Butt, Muhammad Shafi Khan, Atif Ahmed, Ghulam Ahmed Gulzar, Muhammad Yousuf Mir, Ghulam Jilani, Farooq Ahmed Daga, Muzaffar Ahmed, Aaqib Ahmed and hundreds of other detainees should be released forthwith. KASHMIR VOICE 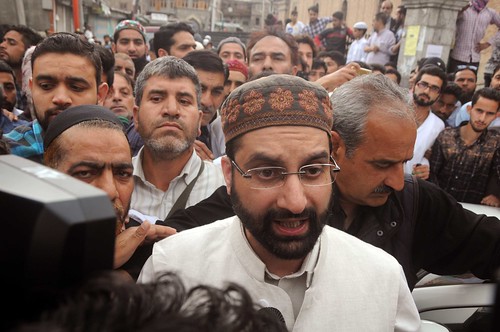 Srinagar, November 11 (Kashmir Voice): In occupied Kashmir, the High Court has quashed 28 detention orders under draconian law, Public Safety Act (PSA), in the last few months but still many of them continue to remain behind the bars.
According to media sources, in most of the cases, orders were quashed based on the ground that the detaining authorities didn’t allow detainee to make a representation against the detention order.
Advocate Nasir Qadri said, “This is a black law that a detaining authority despite court orders detains a person without any reason. It is a mockery of the system.” He added that PSA has been described as “Lawless Law” by Amnesty International but still it is been slapped on a single person multiple times.
Senior advocate, Mir Shafqat Hussain said, “No law is being followed by detaining authorities. On previous charges, a detainee is being booked for PSA which is totally against law and its ethics.” It has become a norm now in the occupied territory where court quashes the detention order and detaining authority is ready to slap another detention order. KASHMIR VOICE 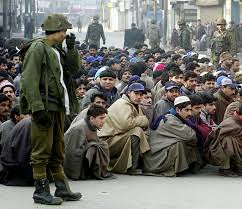