Srinagar, November 08 (Kashmir Voice): In occupied Kashmir, the Chairman of All Parties Hurriyat Conference, Syed Ali Gilani has paid glowing tributes to the youth martyred by Indian troops at Aglar in Pulwama on Monday. According to media sources, Syed Ali Gilani in a statement issued in Srinagar said, the insensitivity of the Indian government is the sole reason for this unabated bloodshed in occupied Kashmir. He said that these youth had spilled their blood for the great and sacred cause of Kashmir and the entire population of Kashmir was indebted to these martyrs for their sacrifice. “It is the collective responsibility of the people of Kashmir and the leadership to take the ongoing movement to its logical conclusion,” he pointed out. The octogenarian leader deplored that instead of taking measures to resolve the long-pending Kashmir dispute in its historical perspective, Indian authorities wanted to thrust their choice through barrel of gun. “We have been deprived of freedom right and our youth lay their lives to end the age-old slavery, putting huge responsibility on our shoulders to honour these sacrifices and take their mission to its logical end,” he added. Meanwhile, on the directions of Syed Ali Gilani, a delegation of Tehreek-e-Hurriyat comprising Muhammad Owais, Sajjad Ahmed and Muhammad Iqbal visited Drubgam Pulwama and participated in the funeral prayers of martyred youth. KASHMIR VOICE 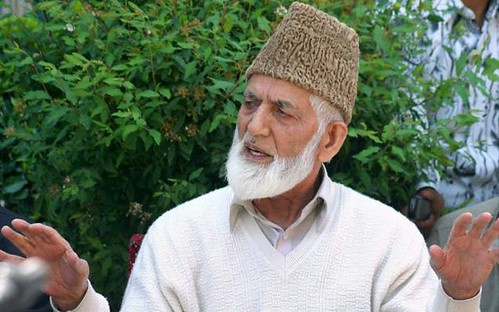 Srinagar, November 08 (Kashmir Voice): In occupied Kashmir, Jamaat-e-Islami (JI) has urged all the three parties to the Kashmir dispute – India, Pakistan and genuine Kashmiri leadership – to sit together to find a solution acceptable to the Kashmiri people. According to media sources, the JI spokesman in a statement issued in Srinagar asked India to show due regard to the principles of justice and express its will to accept the just cause of the Kashmiris. “The present world faces a number of problems, two of these being more critical – Palestine and Kashmir – and the non-resolution of which has caused many wars in the past and the war-like situation is still prevailing with the result that these regions are subject to the uncertainty and the human bloodshed is continuing,” he said. “The Kashmir issue came into being when the Indian army entered the valley and occupied a part of Jammu and Kahsmir. The then Indian government made a pledge before the United Nations Security Council through a number of resolutions that the people of Jammu and Kashmir will be given a free chance to choose their political future but despite the passage of a long period of seventy years, this chance is yet to be provided to the oppressed people,” the Jamaat deplored. It said, “Now India is denying even the disputed nature of Kashmir. The special status given to Jammu and Kashmir with legal sanctities has also been gradually eroded to the point of its becoming ineffective. This attitude can neither help in establishing the durable peace nor make any change in the present uncertain scenario.” “By applying the military might or implementing the black laws, the durable peace has never been established nor is there any such possibility in the future,” the JI said. The statement further reads, “At this juncture, when the Indian interlocutor Dineshwar Sharma has reached the Kashmir Valley with some agenda, Jamaat considers it proper to reiterate its stand that the final solution to the Kashmir issue can be sorted by honouring the aspirations of the Kashmiri people. The procedure for reaching a just conclusion can either be adopted as given in the UNSC resolutions or all the three parties can by mutual deliberations find a viable way.” KASHMIR VOICE 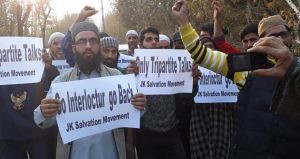 Srinagar, November 08 (Kashmir Voice): In occupied Kashmir, Tehreek-e-Wahdat Islami has rejected the offer for so-called talks by India, terming it an attempt on the part of New Delhi to hoodwink the international community. According to media sources, Tehreek-e-Wahdat-e-Islami in a statement issued in Srinagar said that any exercise of talks would remain futile unless all three stakeholders of the Kashmir dispute – Pakistan, India and true representatives of Kashmir – were involved in the process. The statement supported all programmes announced by Joint Resistance Leadership. It urged India to release all political prisoners, acknowledge Kashmir as a dispute and stop military operations in the territory as confidence building measures to create conducive atmosphere for settlement of the long-pending Kashmir issue through talks. KASHMIR VOICE 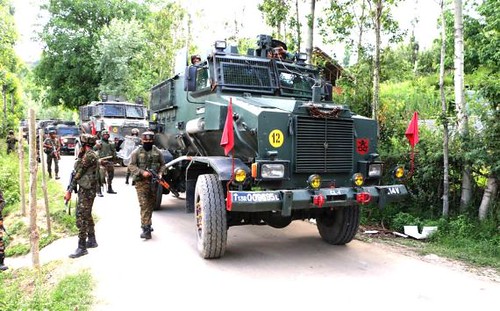 Srinagar, November 08 (Kashmir Voice): In occupied Kashmir, the body of a missing police Constable was found hanging with a tree in Akhnoor area of Jammu region.
According to media sources, the Constable identified as Munish Kumar posted at police station Bus Stand, Jammu, was missing for last 15 days, a police official said. He was found hanging with a tree in forest of Mandrian area of the town, he added. This incident raised the number of such deaths amongst the Indian troops and police personnel in the occupied territory to 392 since January 2007. KASHMIR VOICE 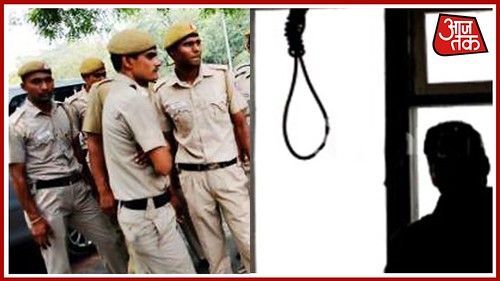 Srinagar, November 07 (Kashmir Voice): In occupied Kashmir, the Chairman of All Parties Hurriyat Conference, Syed Ali Gilani, has said that the resistance leadership will not allow anybody to deceive the Kashmiri people and bargain against the sacrifices of their martyrs. According to media sources, paying glorious tributes to Jammu martyrs of 1947, Syed Ali Gilani in a statement issued in Srinagar said that when Indians were celebrating their independence, the Muslims in Jammu were facing brutal massacre, facilitated and sponsored by fascist rulers. He termed the massacre as the worst tragedy saying that slaughtering lakhs of Muslims by communal forces is a brazen and most barbaric incident human history can ever come across. “We are facing unbridled and arrogant power. More than 1.5 lakh innocents were killed. The number of widows, orphans and those buried in unknown graves is increasing with every passing day. Thousands have been caged, hundreds disabled and maimed with pellets and equal number lost their eye sight.” “We will never forget sacrifices rendered by martyrs. We are duty bound to carry their mission till its logical conclusion. We will never surrender and will pursue the mission of the martyrs, despite terror unleashed by brutal authorities. We will not allow anyone to repeat the treacherous policy and politics of Sheikh Muhammad Abdullah,” he said. While paying tributes to Jammu martyrs, he asked the Kashmiri people to reiterate their pledge for the sacred cause. “We should disassociate from pro-India politicians, who are bargaining and exploiting these sacrifices for their personal gains,” he added. Meanwhile, the APHC held a meeting at its head office to pay tributes to the Jammu martyrs on their martyrdom anniversary. KASHMIR VOICE 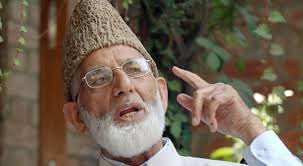