Srinagar, September 09 (Kashmir Voice): In occupied Kashmir, police have detained the constable who had announced his resignation on Facebook by posting a video about it.
According to media sources, the constable, Rayees Ahmad Sheikh, had announced his resignation from Kashmir police saying that he cannot see more bloodshed in Kashmir. He had stated that the people of Kashmir were being killed for seeking their right to self-determination. Indian police arrested the constable from his residence at Nishat in Srinagar. â€œThe constable has not communicated anything in writing, so he has been detained to ascertain what prompted him to announce resignation from police department by posting a video on Facebook,â€ said a police officer. KASHMIR VOICE 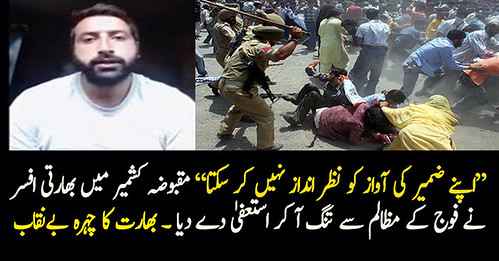