Srinagar, September 12 (Kashmir Voice): In occupied Kashmir, India is using the National Investigation Agency (NIA) in Kashmir to muzzle voices that have opposed the assault on the Article 35A of Indian constitution, said a civil society group.
According to media sources, senior lawyer G N Shaheen who is a member of the group addressing a press conference in Srinagar said, â€œNIA is being used as weapon to suppress and muzzle the voices against the abrogation of Article 35A. It is a ploy to take away the special status of Jammu and Kashmir.â€ He, however, vowed to oppose the move tooth and nail. G N Shaheen said India is using state forces against the Kashmiri people. â€œThere is unanimity among all political sections and social, cultural and economic organizations that Article 35A should be left untouched till the final resolution of Kashmir dispute,â€ he added. Another member of the group, Mufti Nasir-ul-Islam, commenting on Indian Home Minister Rajnath Singhâ€™s visit to Kashmir, said the visit has raised apprehensions instead of hopes. â€œKashmir is not a law and order problem or an economic issue which could be solved by force or economic packages, but it is a political issue that demands political measures for its solution,â€ he added. He said, petitions calling for abrogation of Article 35A are one more attempt to dilute Article 370, which grants special status to Jammu and Kashmir under Indian Constitution. President of Awami National Conference, Muzaffar Shah said, â€œTo build consensus for safeguarding the Article 35A, we will confront all legal and political challenges thrown at it by the adversaries.â€ The Chairman of All Parties Sikh Coordination Committee (APSCC), Jagmohan Singh Raina, and Advocate Mir Javaid were also present on the occasion. KASHMIR VOICE 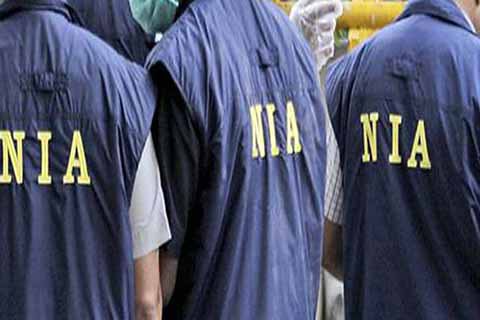 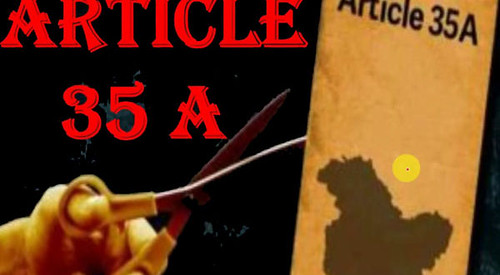