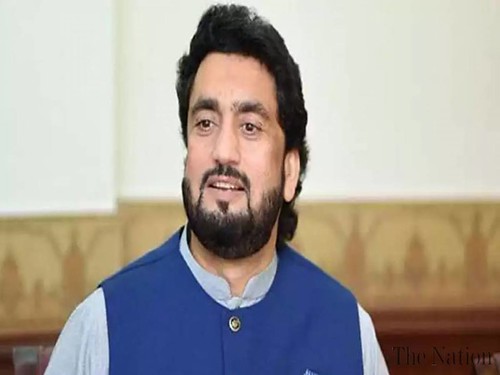 Islamabad, September 09 (Kashmir Voice): Chairman of the Parliamentary Committee on Kashmir Shehryar Khan Afridi on Thursday said that the martyrdom of veteran Hurriyat leader, Syed Ali Gilani, is a colossal loss for the Kashmiri nation and the way he led the Kashmir resistance movement is unmatched in the history of Jammu and Kashmir.
According to media sources, he expressed these views while addressing the participants of a webinar titled ‘The End of an Era: The Legacy of Syed Ali Shah Gilani’, at the Institute of Regional Studies (IRS), to pay tribute to the icon of Kashmir freedom movement, Syed Ali Gilani.
He said the firm resolve shown by Syed Ali Gilani is an exemplary chapter in the history of Kashmiri resistance struggle. He said that neither Hindutva regime in India could subdue Syed Ali Gilani, nor India could lure through temptations. He said that Syed Ali Gilani employed all options – from electoral politics to public agitation – and made sure that friends or foes could not point fingers at his commitment and dedication to the cause of freedom of Jammu and Kashmir from illegal Indian occupation.
“Syed Ali Gilani taught us a lesson that one must not give up in any circumstances and remain committed to the cause. Syed Ali Gilani single-handedly changed the course of history by instilling a spirit of freedom in every Kashmiri,” he remarked.
Shehryar Afridi said Indian genocide plan in Indian illegally occupied Jammu and Kashmir cannot kill the free spirit of the Kashmiri people. “India may have killed Syed Ali Gilani in custody and might have buried him without his family attending his funeral but India couldn’t bury his soul. Today, every single Kashmiri is Gilani. This struggle is continuous and would continue till Kashmir gets freedom from illegal Indian occupation,” he said.
He added that the recent triumph of Afghan Taliban has once again proved that no invading power, even the sole super power of the world, can hold a nation slave if the invaded nation is committed to fight for freedom till the end. He said that global dynamics are changing and the day is not far when Kashmiris would be free from illegal Indian occupation.
“Pakistan stands by Kashmiris through thick and thin. Pakistan would employ all diplomatic and political tools to help the Kashmiris’ cause of freedom,” asserted the Chairman of Parliamentary Committee on Kashmir.
Kashmiri activist, Dr Ghulam Nabi Fai, said that Syed Ali Gilani was steadfast in his devotion to Kashmir cause and he was highly impressed by the dedication and commitment of Quaid-e-Azam Mohammad Ali Jinnah. He said Modi’s might could neither intimidate nor purchase Syed Ali Gilani who was an uncompromising Kashmiri leader that added a new chapter to the Kashmiri history.
Quoting various articles published in the leading Western media outlets, Dr Fai said that the international media highlighted the sacrifices made by Syed Ali Gilani and also articulated the clear vision of the veteran leader about Kashmir freedom movement. He emphasized his faith that the people of Indian illegally occupied Jammu and Kashmir would always stay committed to the path led by Syed Ali Gilani.
Glowing tributes to Syed Ali Gilani were paid by IRS President Ambassador Nadeem Riyaz. Ambassador Nadeem added that Syed Ali Gilani used to live a simple life but he was a beacon of resistance for Kashmiri resistance leaders. He said Kashmir is the oldest unfinished agenda at the UN Security Council and it has to be settled. Ambassador Afrasiab, Iftikhar Gilani, the son in law of Syed Ali Gilani, Fauzia Yaqoob and Dr Shaheen Akhtar also addressed the webinar. KASHMIR VOICE