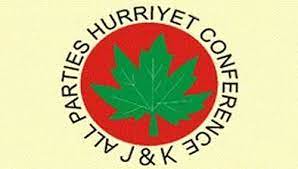 Srinagar, September 30 (Kashmir Voice): In Indian illegally occupied Jammu and Kashmir, the All Parties Hurriyat Conference has expressed deep concern over the dire situation created by more than one million Indian troops constantly engaged in the worst state terrorism in the territory.
According to media sources, the APHC leader, Syed Bashir Ahmed Andrabi, in a statement issued in Srinagar strongly condemned the ransacking of houses and brutal thrashing of civilians by Indian Army in Seer Jageer area of Tral in Pulwama district. He deplored that Indian troops have unleashed a reign of terror across the territory to suppress the Kashmiris’ ongoing struggle for securing their right to self-determination.
He maintained that despite the Indian brutalities, the people of Kashmir are determined to take the ongoing resistance movement to its logical conclusion, at all costs. The APHC leader warned India to desist from testing the patience of the freedom loving people of Kashmir by engaging its regular armed forces to terrorize them and inflict unspeakable atrocities on them. He maintained that the people of Kashmir have time and again rejected the Indian rhetoric about Kashmir and have displayed a strong resistance against India’s illegal occupation of their homeland. Syed Bashir Andrabi called upon the United Nations to impress upon New Delhi to stop widespread killings, arbitrary arrests and other grave human rights abuses in IIOJK. He demanded a high level probe by International Criminal Court into the heinous war crimes committed by Indian troops in IIOJK. He also urged India to hold a free and impartial plebiscite in Jammu and Kashmir under the supervision of UN to enable the Kashmiris to decide their own political future by exercising their right to self-determination recognized by the World Body through its several resolutions. KASHMIR VOICE