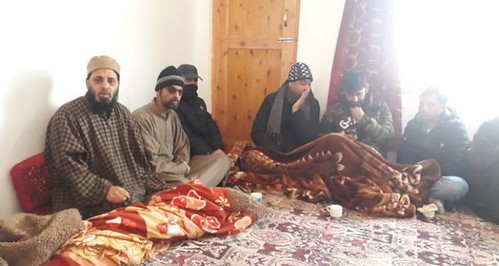 Srinagar, September 30 (Kashmir Voice): In Indian illegally occupied Jammu and Kashmir, APHC leader and the Chairman of Democratic Political Movement, Khawaja Firdous has said that Indian troops have crossed all the limits of cruelty in the territory.
According to media sources, Khawaja Firdous in a statement issued in Srinagar said, India is enemy and killer of humanity and it has given free hand to its army to kill innocent Kashmiris in the territory. There is no precedent in the recent past for unarmed Kashmiris being subjected to brutal oppression and humiliating treatment, he added.
He said that the Indian rulers were misleading the world about the situation in IIOJK while the killing of Kashmiris and serious human rights violations were continuing in the occupied territory.
Khawaja Firdous said, the tense situation in the territory is increasing day by day due to the brutal use of military force by the Indian government to suppress the Kashmiris’ freedom movement.
He said that the RSS-backed Modi government in India was continuing to follow in the footsteps of Hitler and its nefarious and dangerous intentions posed a serious threat not only to the regional but also to the global peace. Due to Pakistan’s prudent policy, the Kashmir dispute has become the focus of global attention today as the country has always advocated its settlement in accordance with the aspirations of the Kashmiri people and the UN resolutions, he added.
However, Khawaja Firdous said that due to India’s intransigence and the criminal silence of the international community, the lingering dispute over Kashmir was still unresolved. He urged the international community to play its role in resolving the Kashmir dispute in accordance with the Kashmiris’ aspirations and the UN resolutions for ensuring peace in South Asia. KASHMIR VOICE