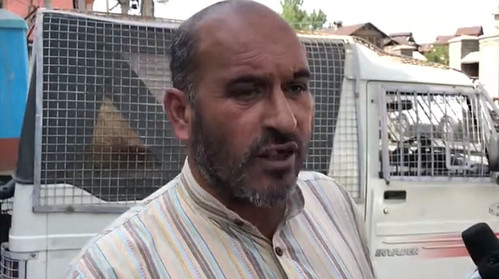 Srinagar, September 30 (Kashmir Voice): In Indian illegally occupied Jammu and Kashmir, the International Forum for Justice and Human Rights Jammu and Kashmir (IFJHRJK) has appreciated the role of international community for endorsing the dossier prepared by Pakistan that names several Indian army, police and other officials for committing rights abuses and war crimes in the territory.
According to media sources, the IFJHRJK Chairman, Muhammad Ahsan Untoo in a statement issued in Srinagar said that seventy countries had endorsed the dossier by Pakistan, a basic party to the dispute.
He said that the India should be ashamed as its brutal face and war crimes were being exposed to the world. He said, however, the bigger world powers should rise above the economic interests and impress upon Indian to cease the human rights abuses and punish all those involved in the war crimes in the occupied territory.
Muhammad Ahsan Untoo regretted that many countries were tightlipped about the rights violations in IIOJK owing to their business interests with India. He said that it was shameful on their part that they are giving preference to businesses and ignoring the blatant rights abuses in the territory.
Urging the global powers to take note of the abuses, he said the world powers should help resolve the Kashmir dispute, which, otherwise, can prove fatal to the region as well as the world. KASHMIR VOICE